When you walk into Donley’s Wild West Town, you are transported to a different time and place. The rides, activities, and attractions vary from slingshots to a shooting gallery and pony rides to a rollercoaster. This themed amusement park has so much more than I thought when first hearing about it. It’s a great kid-friendly and old-timey wild west experience! 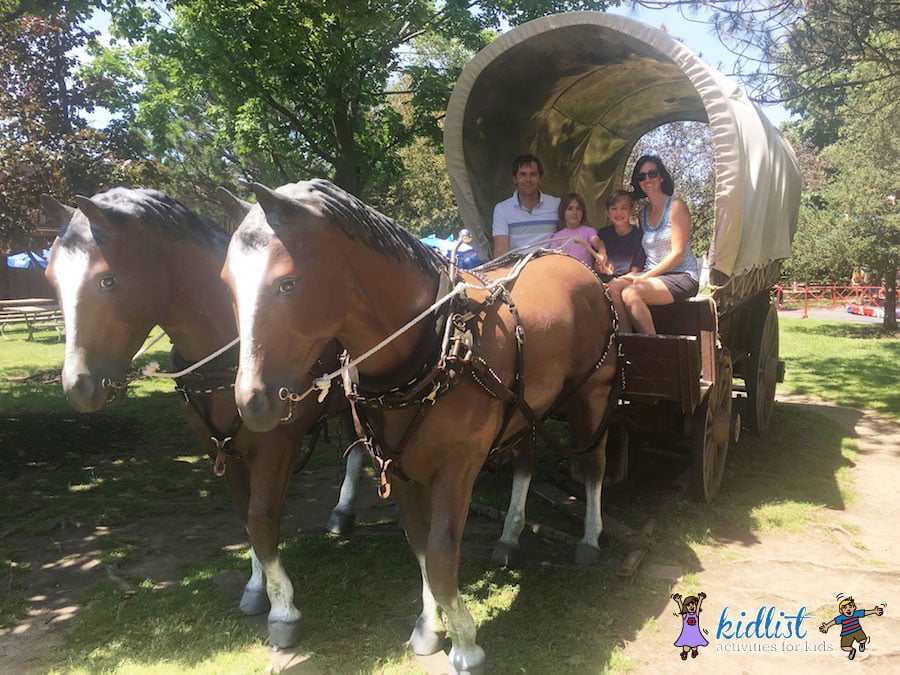 Wild West Town also has a local aspect that many might not know… Larry and Helene Donley, the creators of the amusement park in 1974 as well as the current owners, are originally from Berwyn! We talked with Helene while we were there and she told us that her husband had an interest in collecting antiques and items from the wild west, but didn’t want to crowd their house with them. So they moved to Union where they started a museum as part of the idea of a wild west town amusement park. Their son also runs auctions for their impressive collections (and the collections of others) to this day.

The amount of memorabilia is unbelievable and you feel like you are transported there with store fronts, such as a barber shop, kids train playroom, mechanic shop with a car and tools, and more. There is also a room completely full of phonographs. Even if you aren’t passionate about history or the wild west, it’s pretty amazing.

The carousel has old-fashioned horses that go up and down as you ride. 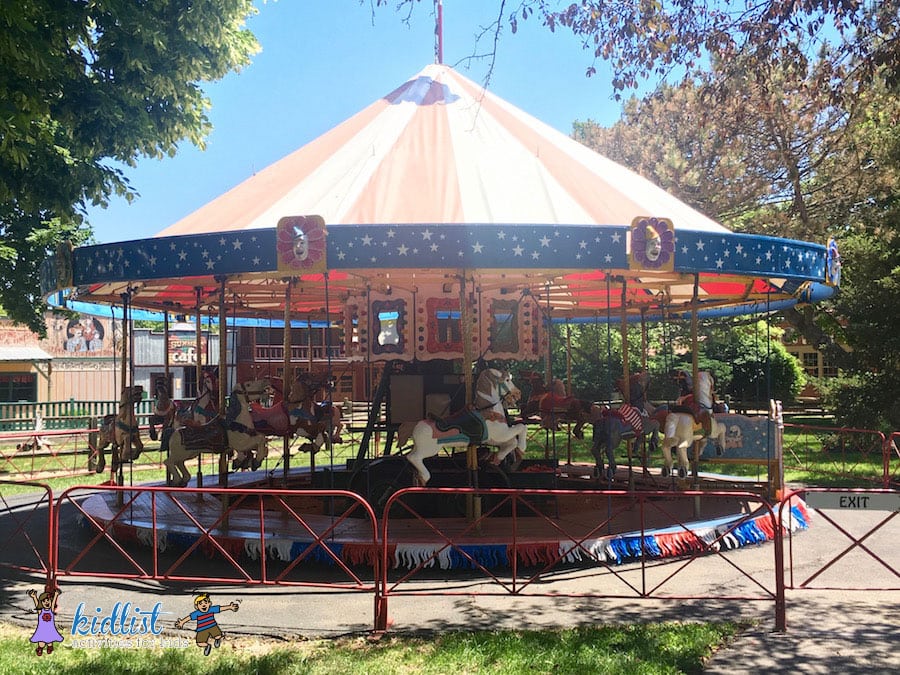 This rollercoaster is full of small hills and bumps, but does not loop. Riders go around the loop twice. My kids said that the front feels the fastest and the back is the most bumpy and they enjoyed it. My daughter recommends the second row in the first car. 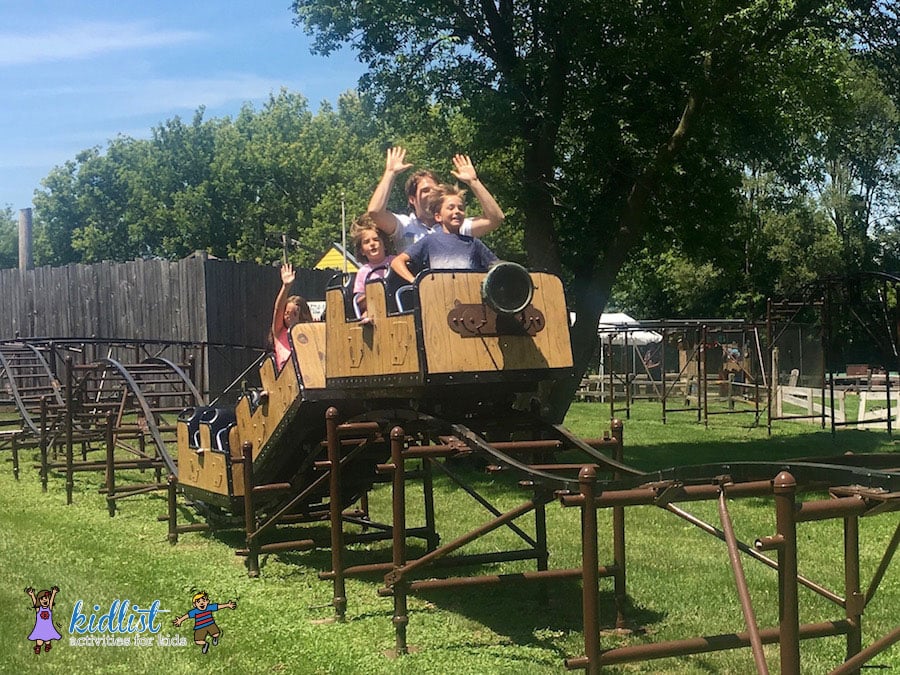 These are not pony rides where they are attached to a pole and you go around in a circle… your kids can get up in the saddle and enjoy a cowboy or cowgirl led ride around the circular trail! 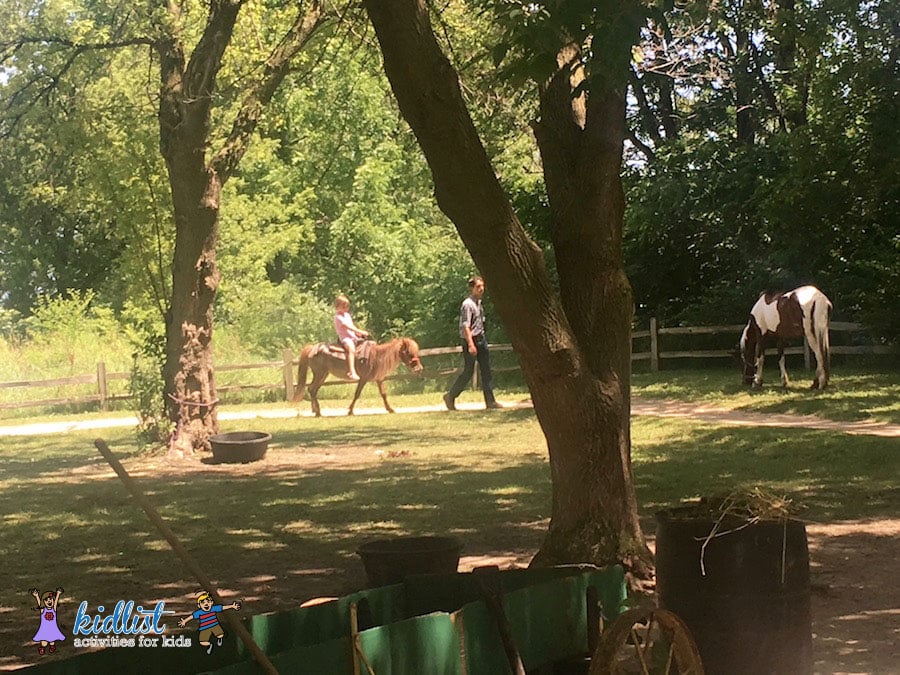 This slower ride can fit up to two children per canoe, but cannot accommodate adults. Your kids can float along the water filled track and enjoy a leisurely ride. 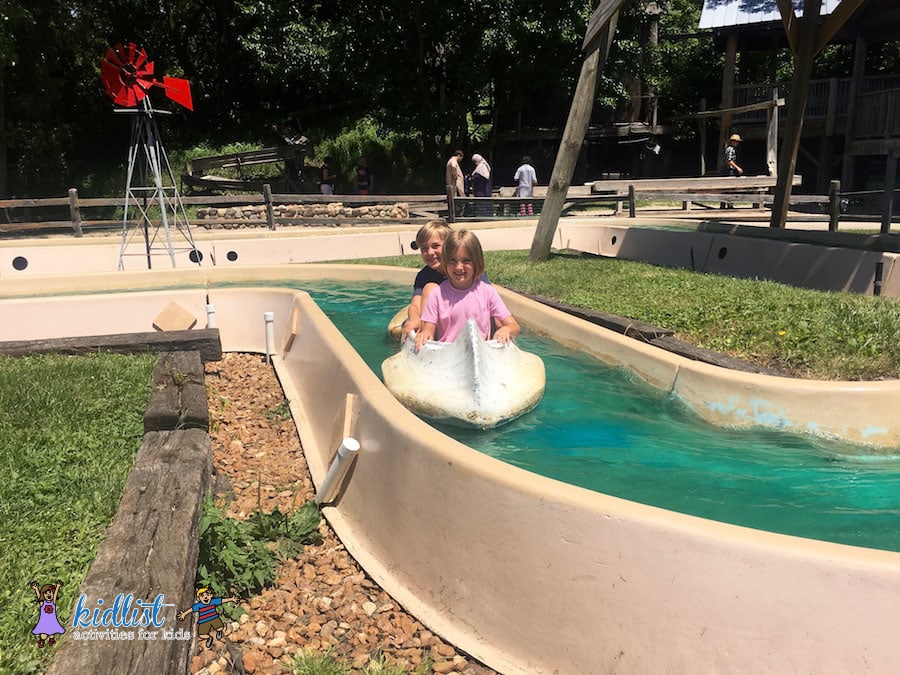 There is also a train with tracks around the entire park, but it didn’t appear to be running when we were there. So if your heart is set on riding the train, please call first. 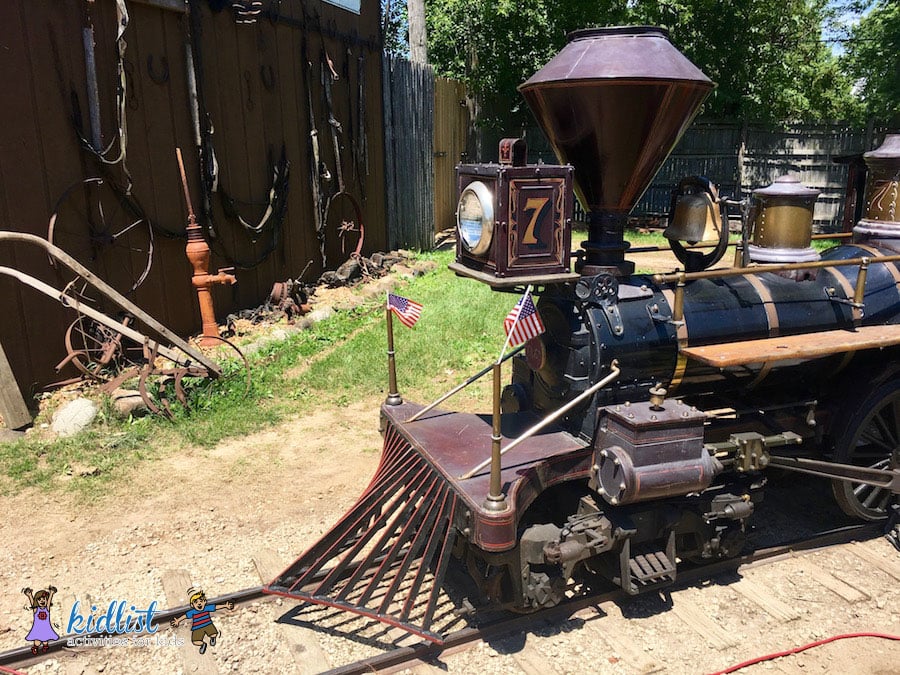 This has always been one of my son’s favorite rides, no matter how old he is! There are tracks in the shade that kids can pedal carts around. 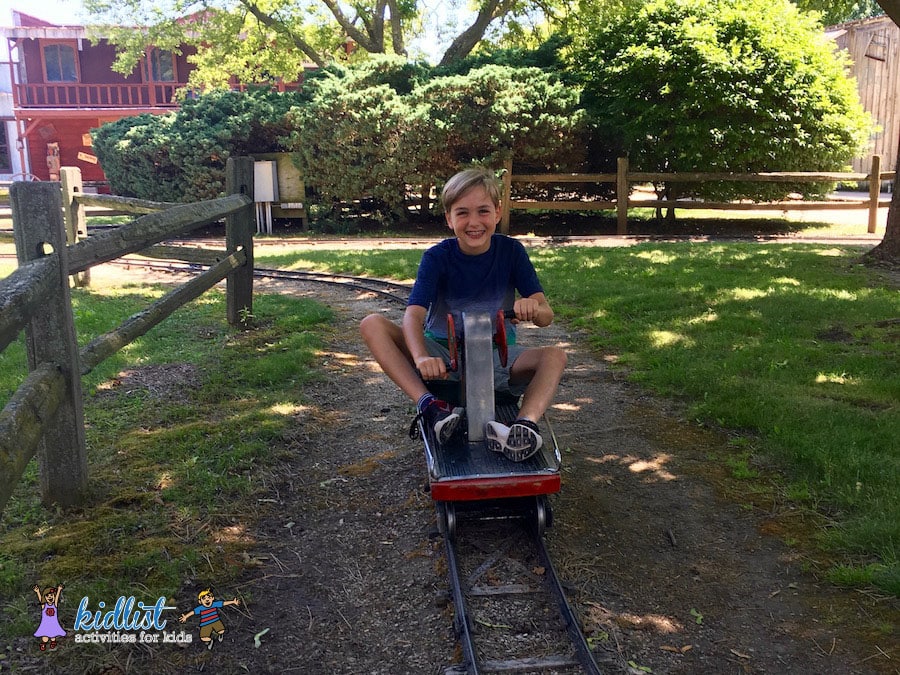 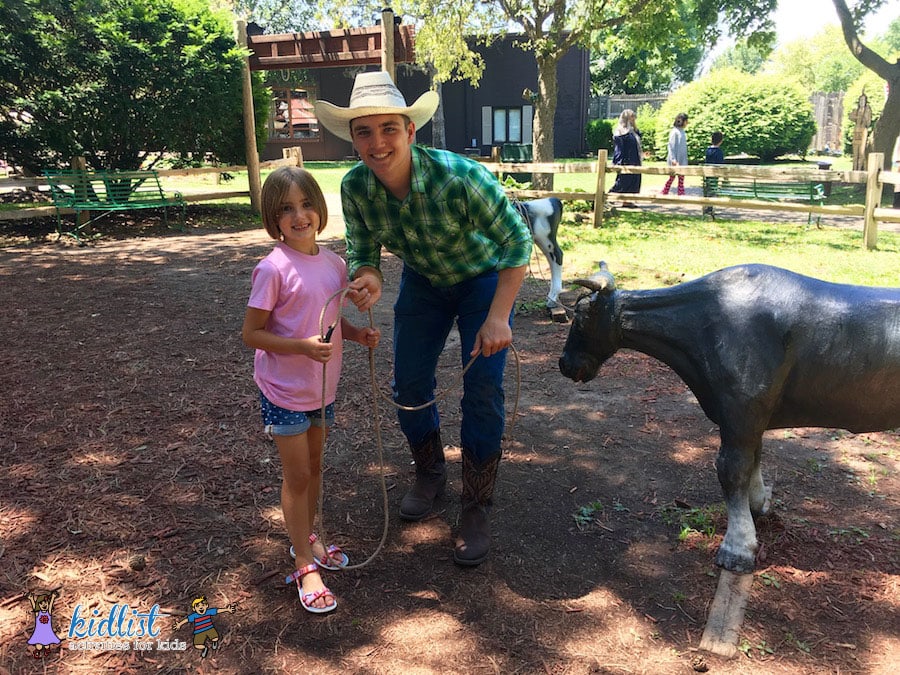 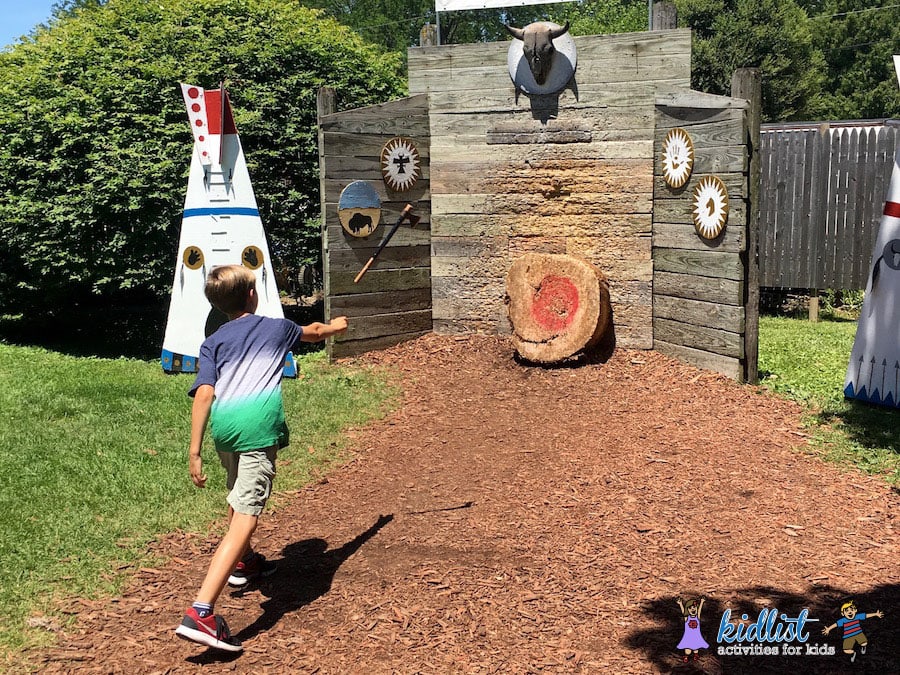 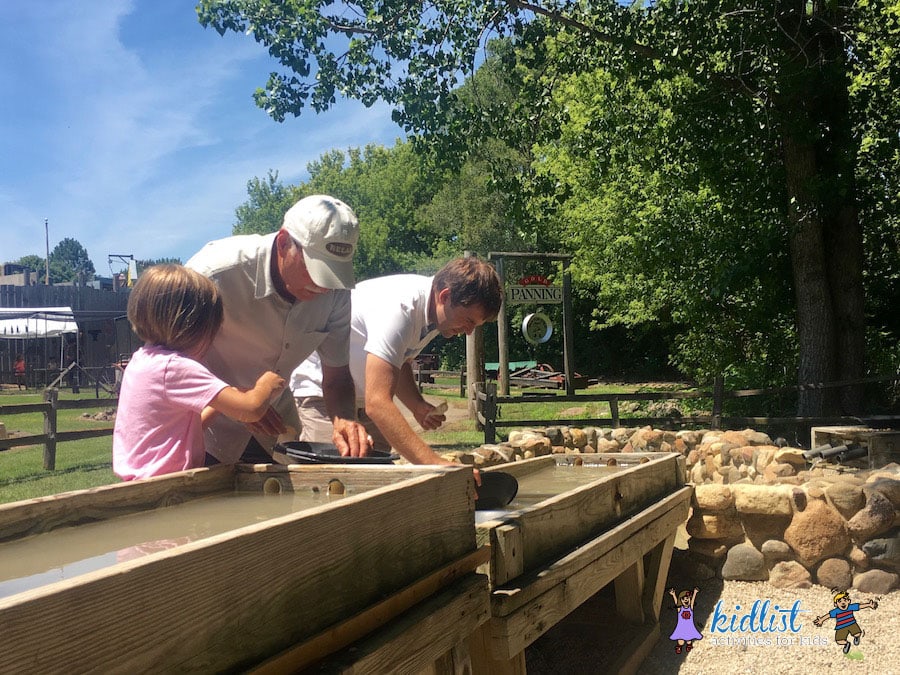 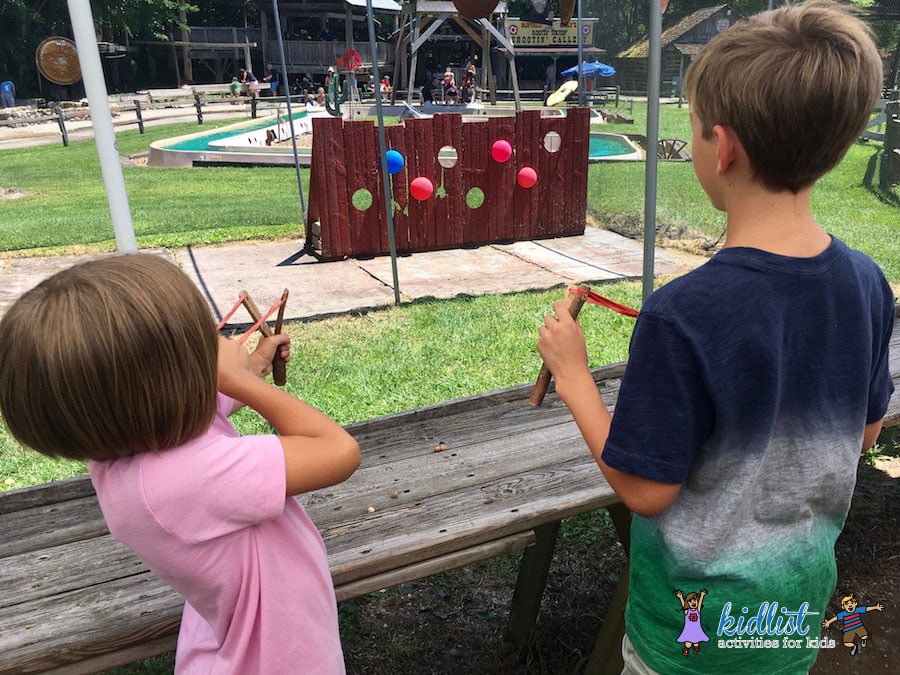 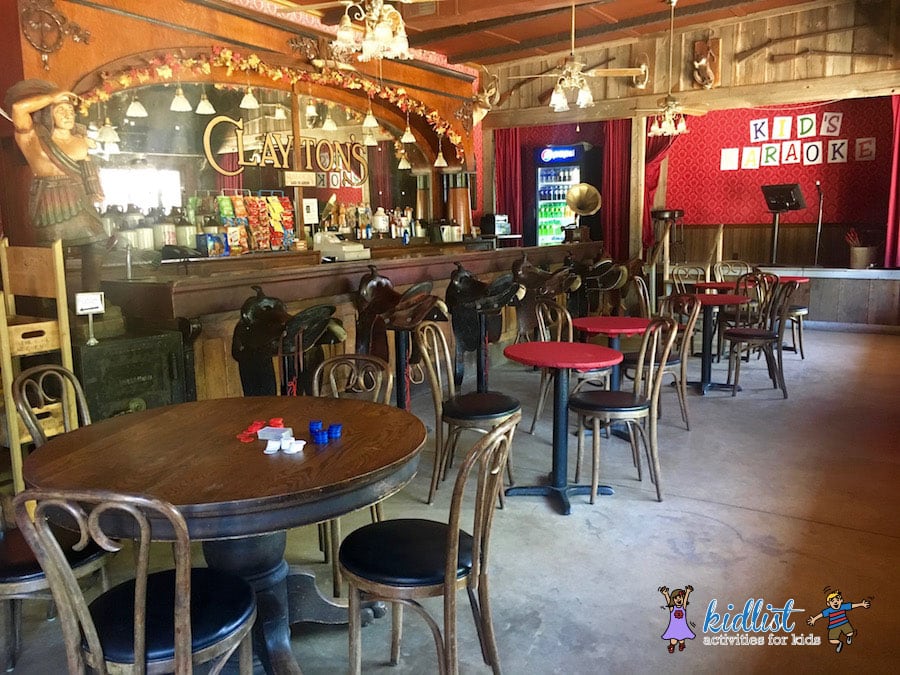 On the website, it says that this show is a stunt show. Although the actors fall off buildings and shoot blanks during the show, we did not find the show to match the video. The show is about 25 minutes long and includes some slap stick comedy. Be warned that there is no shade, so on a hot day the sun really beats down! Also, the gun shots can upset the youngest viewers. We did appreciate that the sheriff explained gun safety before starting the performance and the characters were in full costume.

General Admission is $17 per person ages 3 and up and includes all rides and attractions; the only extras are food (as outside food is not allowed), costumed photos, and/or souvenirs. Children 2 and under are free, with a paying adult. Active duty military receives $5 off with a valid military ID. Wild West Town is designed with children 3-12 in mind.

When entering, you each receive a brochure with the schedule of events for the day, punch card for the rides and activities, and pouch for gold panning. There is room for two punches for each attraction, however they seem to be relaxed about the number of times you can do each one and said we could come back for another card if we would like. We found one punch card per person to be enough for our 2 1/2 visit. 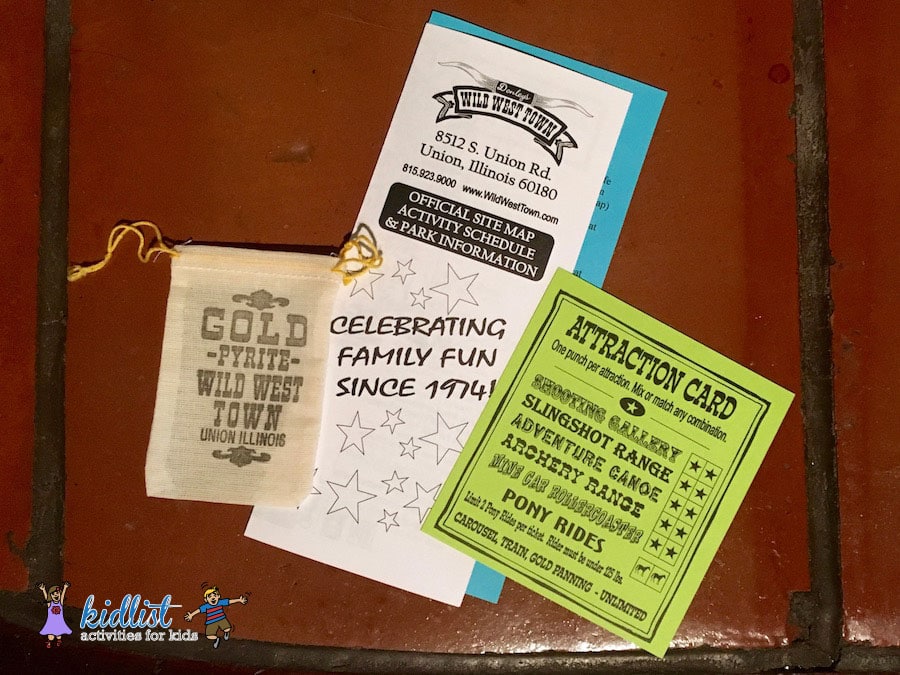 The roaming costumed staff stages arrests periodically and you can request to be arrested and brought to the town jail. The jail keeper asked our kids to dance like a cowboy/girl and tell a joke to be released and then offered to deputize them. They are making sad faces in the photo below to go along with the ruse, but actually had a good time! 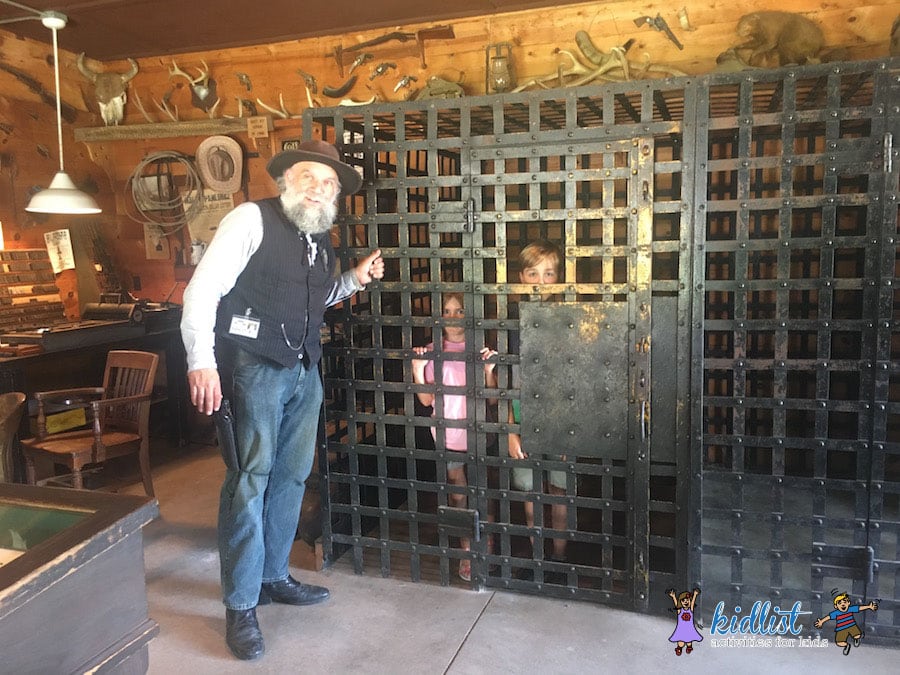 Donley’s Wild West Town is currently for sale in the Hammacher Schlemmer catalog for $7 million. As Larry and Helene Donley age, they are looking for someone to take over the amusement park and continue the family-friendly fun. However, they continue to run the park and plan to do so until finding a new owner.

The Illinois Railway Museum is close by, with various events throughout the year (the largest being Day Out With Thomas). They also have a train museum, electric cars, steam trains, diesel trains, and trolley buses that run on different days.

The last time we were in the area, we happened upon a restaurant called Fire & Ice Smokehouse and Creamery. When we walked in we thought the space was unassuming, but the food is amazing. They also have an outdoor deck with umbrellas. Recommend!

This post is brought to you by Donley’s Wild West Town, but all opinions are my own.

Kid-Friendly History Museums and Historical Societies with Events for Kids

Fall Festivals and Oktoberfests Happening in 2020