The Sound of Music, playing now through January 14, 2023 at Aurora’s Paramount Theatre, is the perfect experience gift this holiday season! The Paramount Theatre in Aurora brought the holiday season to life with the decorations in the lobby and theater. The Rogers and Hammerstein classic, The Sound of Music, has been dazzling audiences, both young and old, for over 50 years with a timeless story and epic score.

The Sound of Music at Aurora’s Paramount Theater Full Review

The Sound of Music is the story of a nun-in-training sent to nanny the seven children of a navy captain. Through music and melody, Maria falls in love with both the children and the captain. The play is set in the 1930s in Austria as World War II is starting, and the family must decide what to do as their home country becomes invaded.

The songs throughout the play kept my daughter and I fully entranced with the theater’s 16-piece orchestra. The music includes Rodgers and Hammerstein classics such as “Edelweiss,” “My Favorite Things,” “Do-Re-Mi,” “Sixteen Going on Seventeen,” “Climb E’vry Mountain,” “So, Long, Farewell,” and, of course, “The Sound of Music.”

The lead actress was phenomenal and I truly believe we will continue to see her name in lights. There were many child actors who blew us away with their portrayals of the characters, as well. It brought another element of fun for my daughter watching such talented youth on that stage. We just loved the play and would recommend it to everyone!

Paramount Theatre’s The Sound of Music is suggested for ages five and up due to some discriminatory language, depiction of Nazis, and images of swastikas. Myself and my eight-year-old daughter loved the actors, music, orchestra, and storyline. In my opinion, the show was appropriate for children over five, as the depiction of the that era gave me an opportunity for a discussion with my child about the war that was happening in that time.

Paramount Theatre is a beautiful space, designed with Venetian decor with a 1930’s Art Deco influence and it first opened on September 3, 1931. In 1976, the Aurora Civic Center Authority (ACCA) restored the Paramount to its original grandeur. The Paramount Arts Centre reopened in 1978, offering a variety of touring theatrical, musical, comedy, dance and family programming. In 2006, a 12,000-square-foot, two-story Grand Gallery lobby was added including a Grand Staircase, new box office, café and art gallery.

For tickets and information, visit paramountaurora.com, or call (630) 896-6666. Opening night was Friday, November 18, 2022 and performances run through January 14, 2023. Single tickets range from $28 to $79. The theater is decked out for the holidays with a giant Christmas tree in the lobby and banisters filled with garland. The historical theatre made the experience feel extra fancy for the holidays.

The Paramount Theatre offers valet parking ranging from $13 to $20. The lineup for the valet is located on Stolp Ave. Local parking is available for a fee at the municipal garage located on the corner of Stolp Avenue and Downer Place. If you park in this lot, you may encounter a city employee at the entrance offering parking for a special flat rate of $3 cash if you pay in advance. This is a normal practice by the city. If you don’t have cash or want to pay after the show, the rate is free for the first hour, $2 for the second hour and $1 each hour after that. There is also a free lot on River St, but it is first come, first serve.

Tips for Your Visit

Located on the first floor lobby, the concessions had many available and affordable options for drinks and small snacks. The drinks ranged from hot chocolate, juices, fountain drinks, and alcoholic beverages. All cups came with lids and had straws available. There were a few light snack options available for purchase, such as candy and cookies. Both beverages and snacks were allowed into the auditorium and each seat was fitted with a cup holder.

There was a small gift shop just outside the auditorium with t-shirts, key chains, and a few small items for purchase.

If you are heading to the theatre with a smaller child, there are booster seats available from the ushers, free of charge. I didn’t think my eight year old would need one, but we ended up getting one just in case. She ended up using it and loved the view!

The main washrooms are located on the first floor lobby to the left of the concession stand. There was also a sign for an “everyone” bathroom with three stalls in the basement level. This would be very helpful for families with children, and it’s so nice that venues are making these accessible washrooms.

More Ahead for the Paramount Theatre

Much to my Broadway-bound daughter’s delight, the Paramount Theatre offers children’s theatre classes and workshops. They offer classes year-round and have special audition classes for children wanting to join in the live performance. You can find out more information about the Paramount School of the Arts on their website.

Past Performances at Paramount Theatre

Keep reading to see what other shows Paramount Theatre has had in the past to get a flavor of what the theater offers.

Let us help you plan fun days!
Get kid-friendly updates straight to your inbox 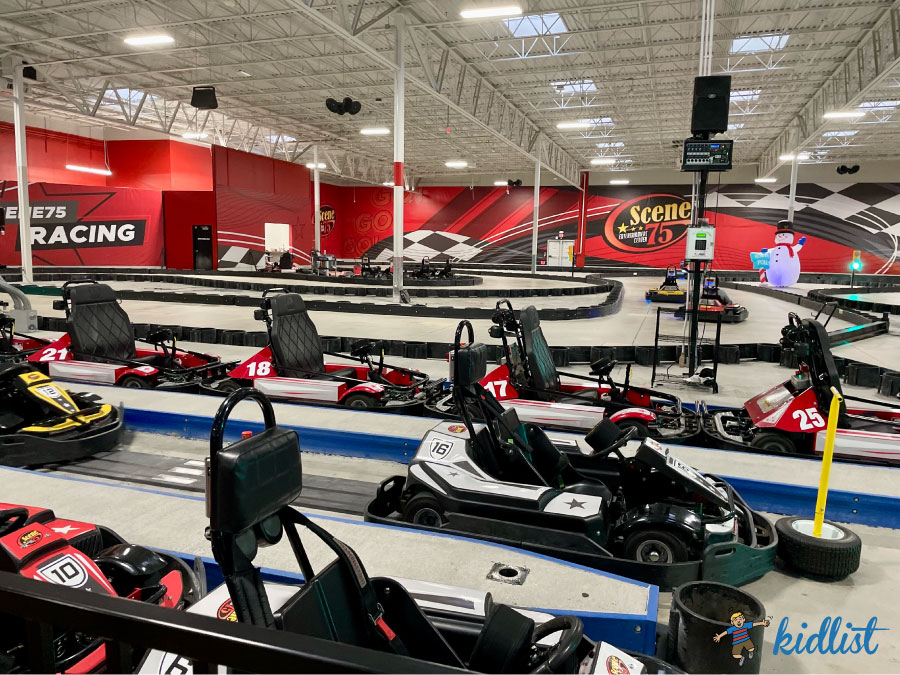 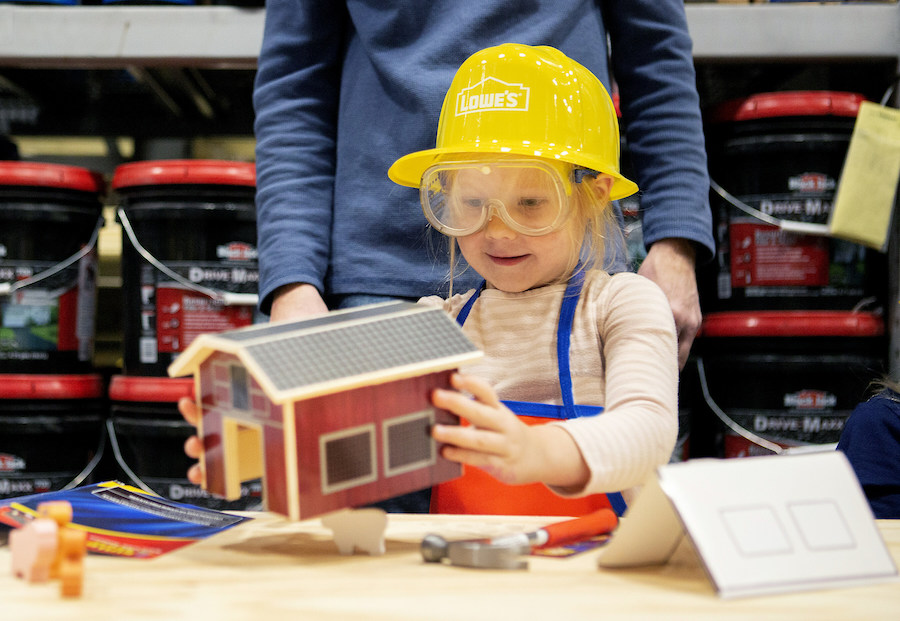 New! Book a Kids Birthday Party at Lowe’s Naperville and Beyond

Nicole Majewski
Nicole and her family live in Bloomingdale. She is a former teacher and now stay at home mom of three adorable kids. Her family loves to be outside, explore nature and get dirty. In the winter months, you will find them at the local library or an indoor play place.

How to Find the Best Preschool or Daycare for Your Family

Your Guide to Kids Classes and Teams in the Western Suburbs

All the 2023 Museum Free Days in Chicago and the Suburbs

The Best Places to Go for Each Age Group

2022 Summer Camps for Kids in the Western Suburbs