We recently had the opportunity to go to Sky Zone in Elmhurst and my kids had a blast! Have you been to an indoor trampoline park? I had seen pictures of wall to wall trampolines, but there’s much more to it and it’s more organized than I thought it would be. We were impressed! 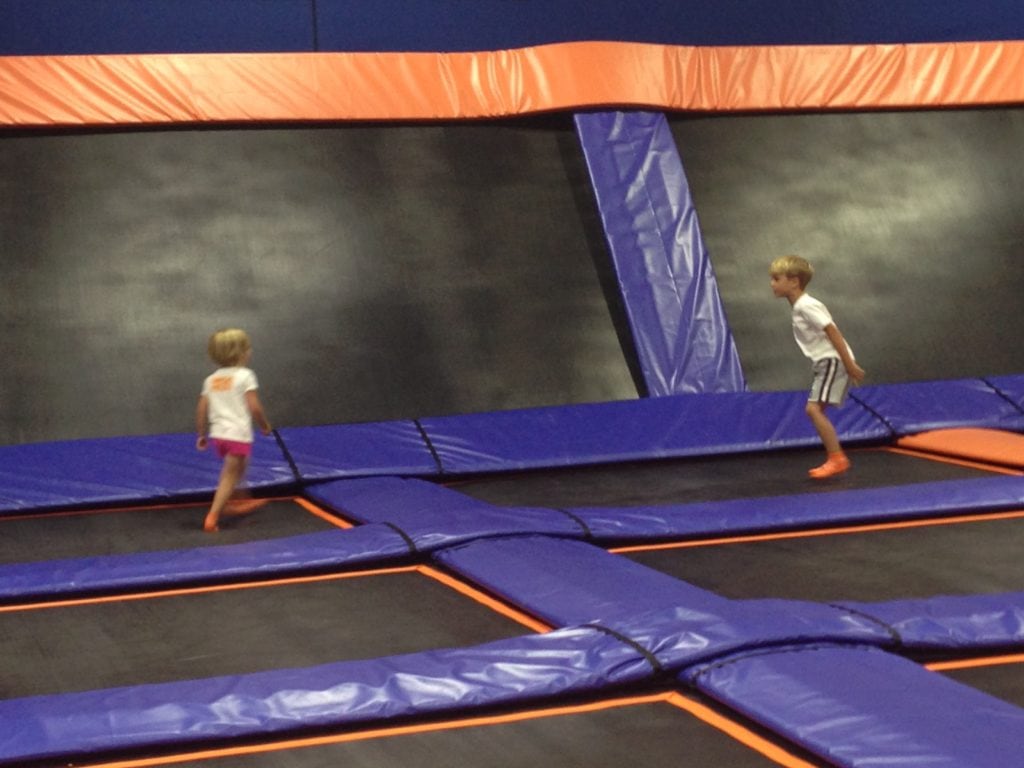 When you arrive at Sky Zone you fill out the waver electronically at one of the screens in the lobby area (or you can fill it out online before you go). With your admission you receive orange grippy socks called SkySocks, which were great to jump in. There are lockers for your belongings (25 cents for small, 50 cents for large) and an employee briefly goes over the rules. We found it to be very clean, orderly and tons of fun!

There is a huge open jumping area with a sectioned off toddler area. One child can jump on a square at a time and there are also rectangles for tricks. Someone from Sky Zone made sure everyone was safe and adhering to the one person per square rule, which was great.

There are cafe tables and an upper mezzanine with couches to hang out if you’re not jumping, but you are also welcome to sit on the side and watch your children. There are snacky food and beverage options available near the cafe area. 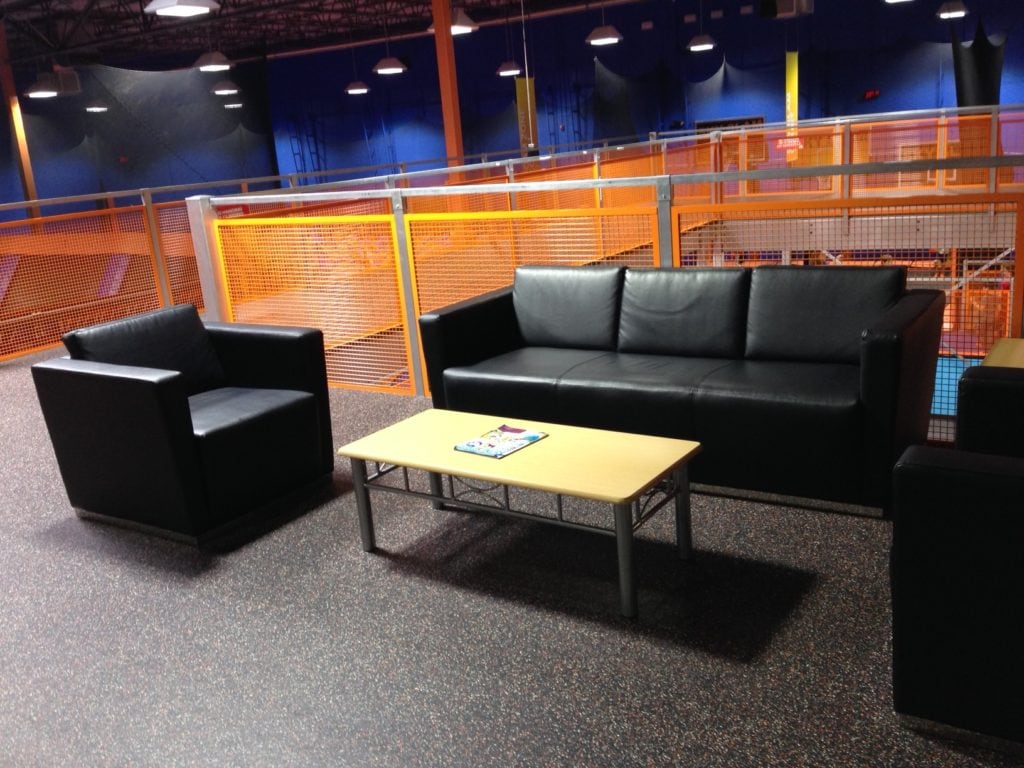 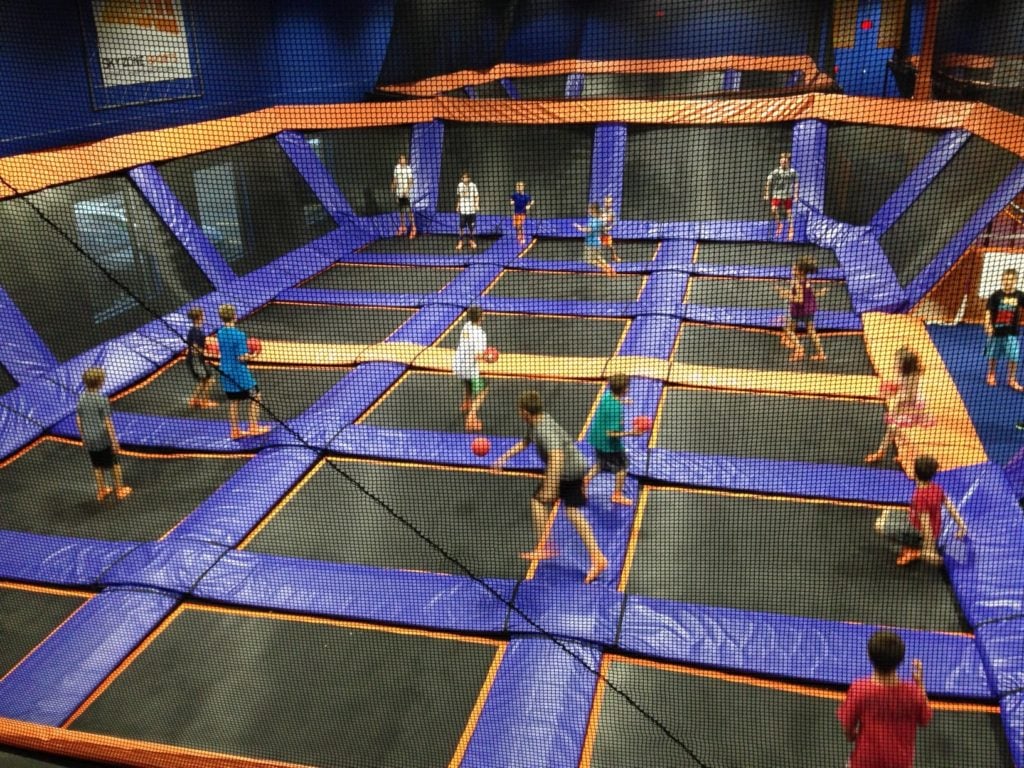 There were also 3 Sky Slam basketball hoops were you could take advantage of the trampolines and make slam dunks. My son (a first grader) tried one of the hoops, but I think will be more successful when he’s a little older.

My daughter’s favorite was definitely the foam cube pit called the Foam Zone. There are smaller square trampolines to jump into the pit. To keep it organized and safe only one person from every other trampoline could jump in at one time. There really wasn’t time for each child to play in the foam cubes, but kids and adults of all ages were taking turns jumping in and some were even doing tricks. 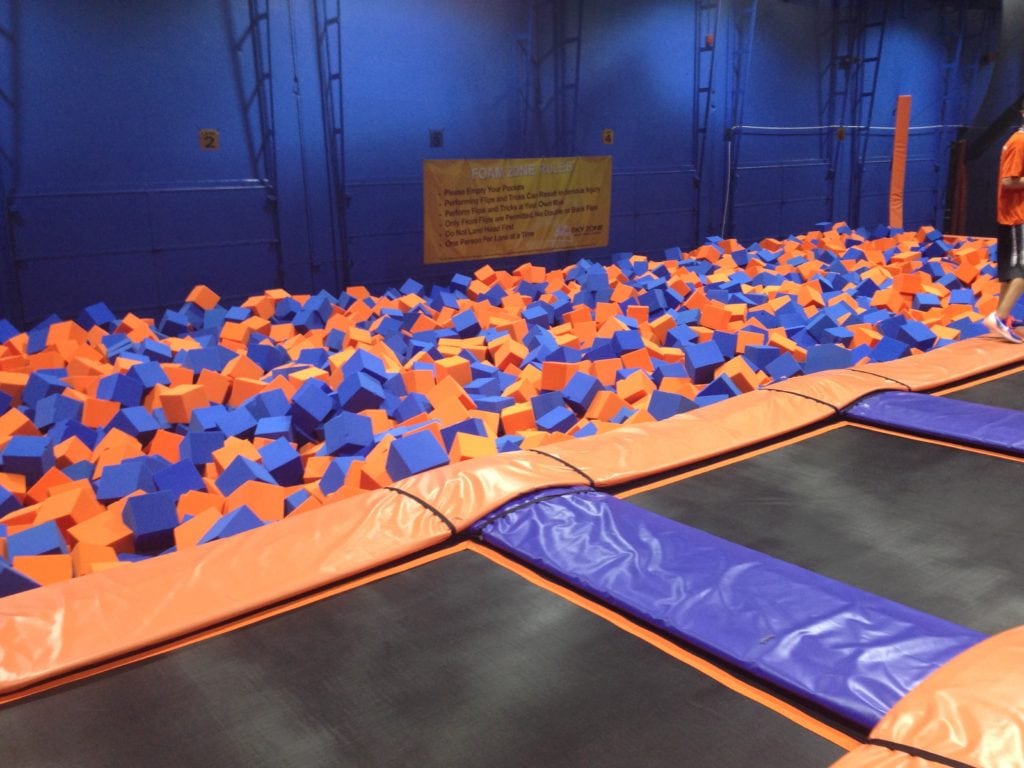 They also have a few party rooms… 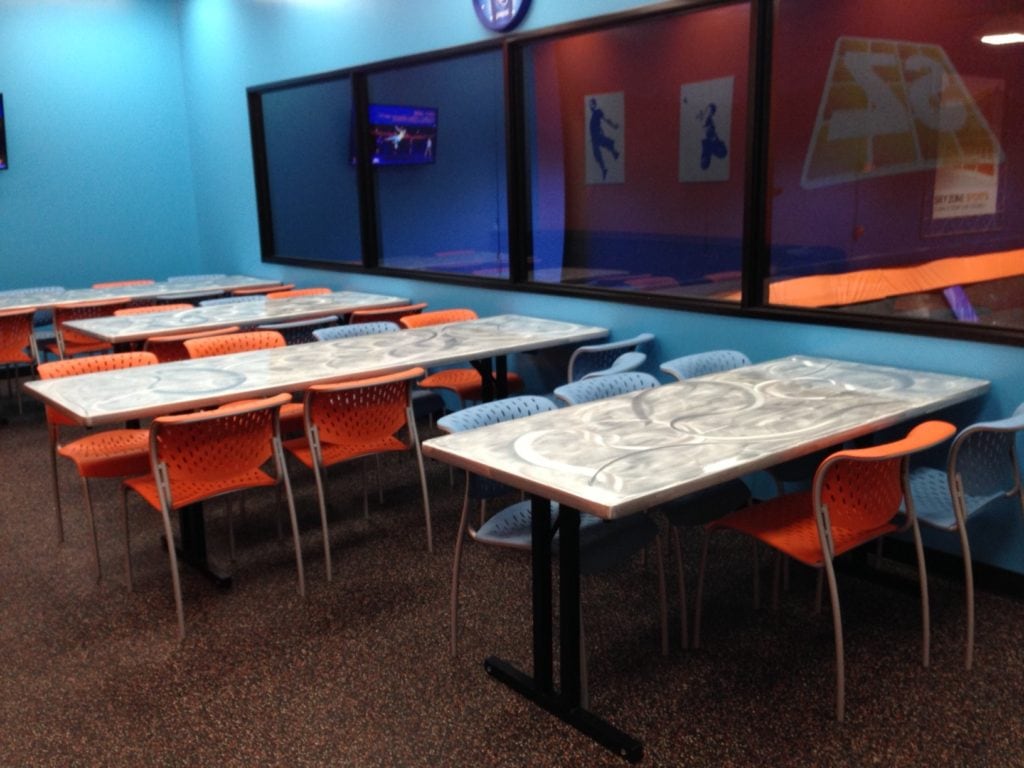 We went on a Tuesday afternoon and I would say there was a moderate amount of people there, definitely did not feel too crowded. It was cute to see a few little ones jumping, and there was even a couple that took a break from their parental duties to have fun and exercise there during the day, something I never would have thought of… what a creative date idea! So there was a wide age range there, but everyone was respectful of each other. Sky Zone does a great job catering to all of the age groups and making it safe and fun for everyone!

This post brought to you by Sky Zone Elmhurst.

Glide Through Winter at Indoor and Outdoor Ice Skating Rinks 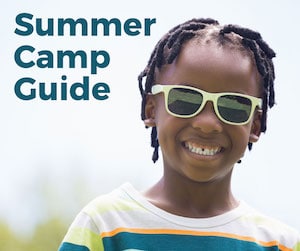 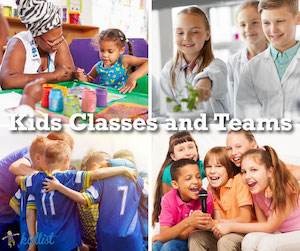