I’d never been to LEGOLAND in Schaumburg before their sneak peek event for the new Star Wars and Heartlake City exhibits (more on those here). I wasn’t sure what to expect. I wasn’t a LEGO-obsessed kid (though we all spent afternoons building from my brother’s giant box of bricks), and I have a toddler to whom all those lovely choking warnings still apply. But now that we’ve gone, I keep telling friends: LEGOLAND is so cool. Keep reading for our LEGOLAND Chicago review! Please note that LEGOLAND Chicago is actually in Schaumburg, so if you call it LEGOLAND Schaumburg, you are absolutely correct! 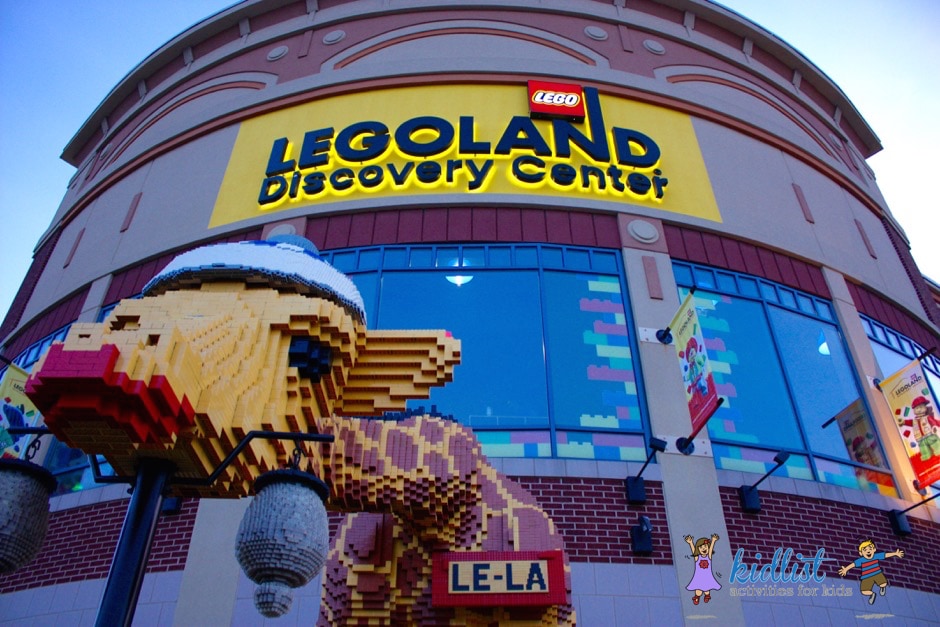 LEGOLAND is full of impressive LEGO displays (including a jungle filled with swinging monkeys, an enormous bust of Einstein, and a room-sized model of Chicago with details including a Blues Brothers scene). 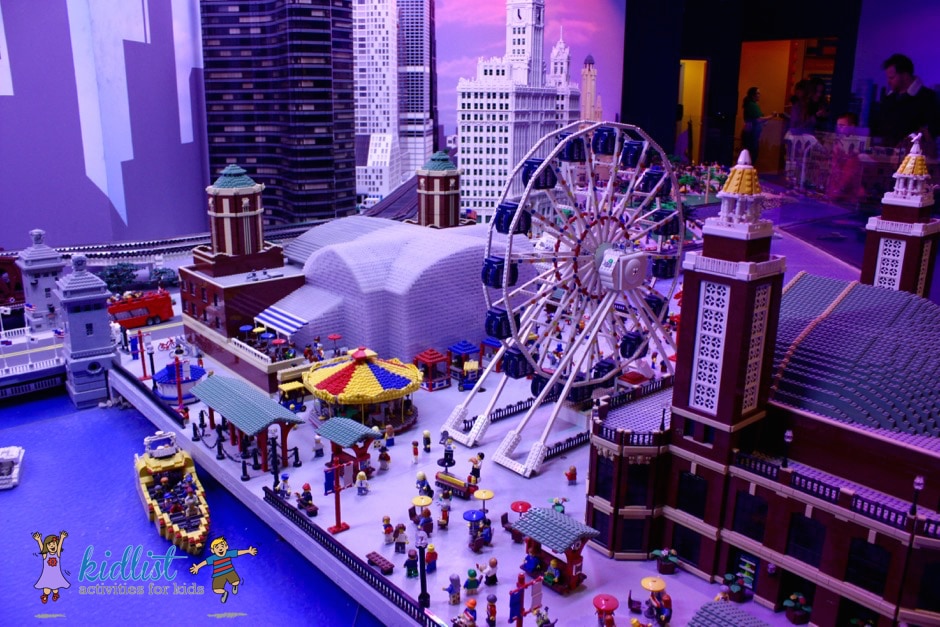 After they’re inspired by all the bricks, kids can get in on building themselves at build tables stocked with bricks throughout the center. There’s a track where kids can build and test their own LEGO race cars, too. At regular workshops, kids can learn from LEGOLAND’s master builders to complete their own LEGO creations. 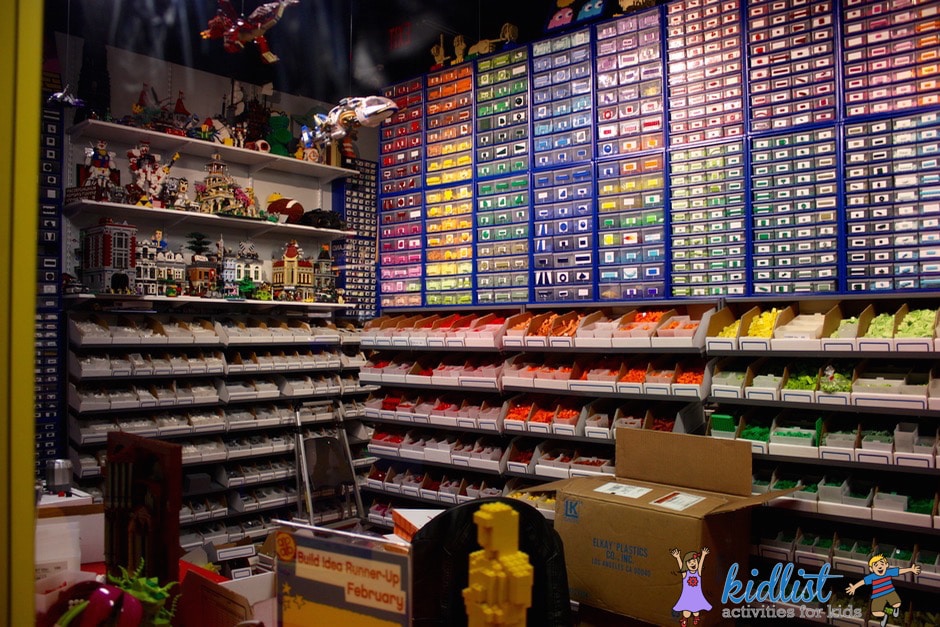 There are also two rides: one of the spin-in-a-circle variety called “Merlin’s Apprentice” 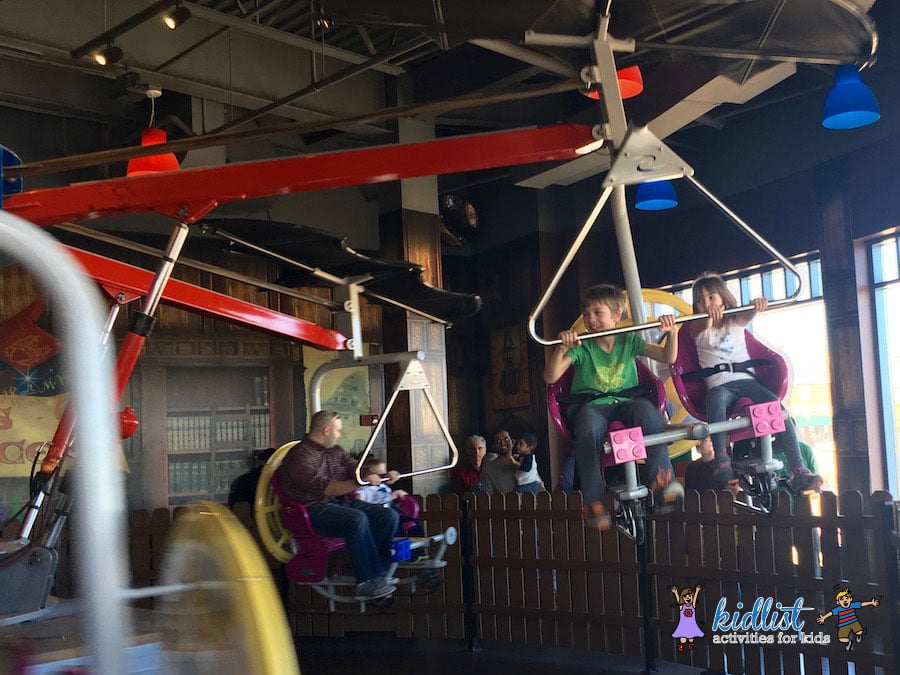 …the other a detailed medieval fantasy quest to rescue a princess called “Kingdom Quest” where you use laser guns to target tame enemies. 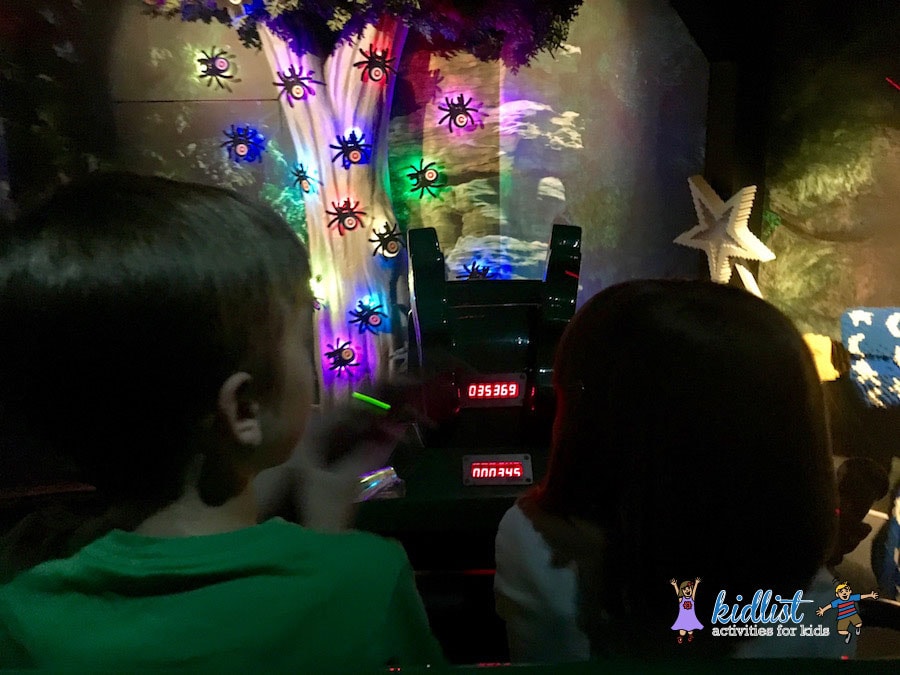 Next to the cafe, a huge pirate ship playground stands complete with air cannons and a giant water table where kids can build and sail ships. 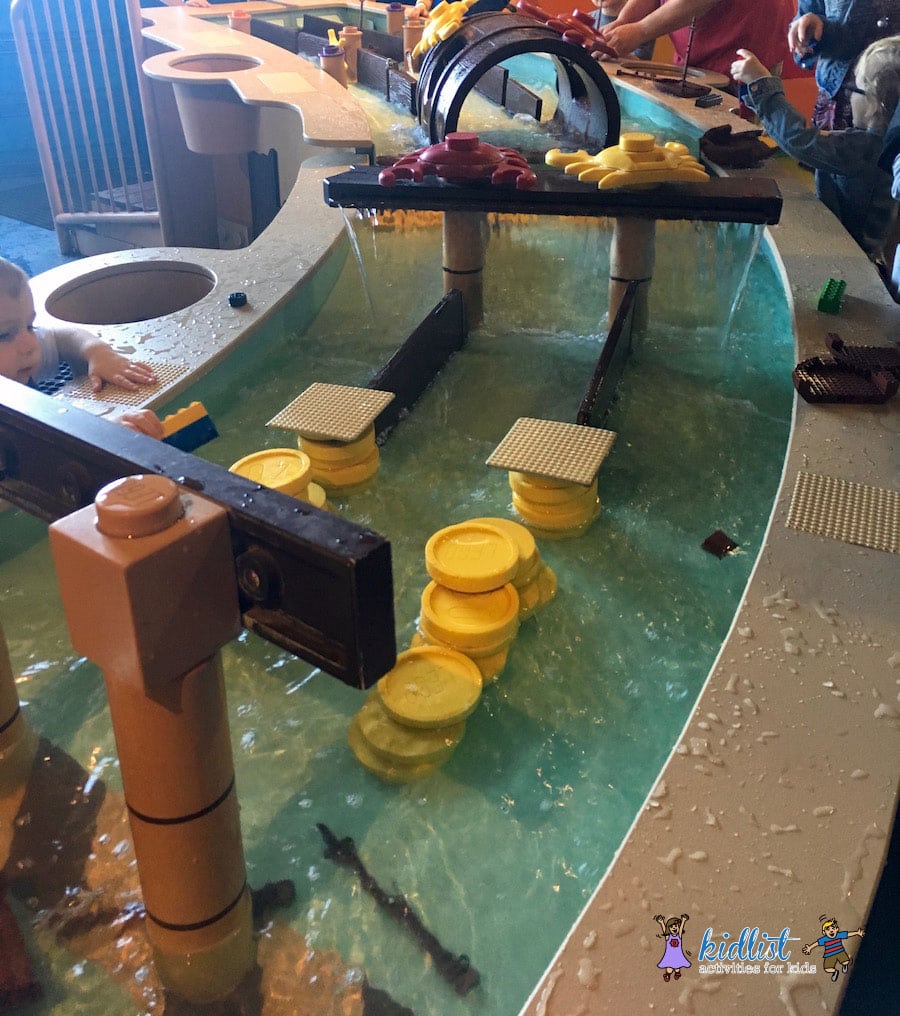 Naturally, LEGOLAND is geared at kids who are old enough to participate in the building fun. I wouldn’t recommend taking tots on their own because the price is pretty high for what they can do, but younger siblings will find plenty of fun (and kids two and under are free). Next to the pirate ship playground area, there’s a DUPLO table and some smaller play structures. My toddler was content to pick up fallen bricks from the water table and yell, “BRICK! BRICK!” for about half an hour, so it got his approval.

How much does LEGOLAND cost?

If you walk in and purchase tickets that same day, they’re $19 each. But buying online will save you up to 15%, and you can also use this coupon code for $5 off each ticket: SPBLG2017. (Kids 2 and under are free.)

It’s definitely not the cheapest family activity out there. However, I can see families staying for quite a while with all the center has to offer. Parking is free at the Woodfield Mall, and there are tons of options for dining on different budgets nearby. If you have a LEGO-loving kid, you might also be interested in the $40/person annual pass, especially since it’s not a very far drive from the Western suburbs. From most spots, it’s under 30 minutes.

READ
Family-Friendly Weekend Events: May 7–9 and Beyond

What else is there to do nearby?

You could definitely just drive in, play (and even eat) there, and then head home from a fun outing. But because LEGOLAND is located in such a hub of activity, it’s a great destination to turn into an outing. We were given a complimentary night at the DoubleTree in Elk Grove, so we turned it into a mini-cation. LEGOLAND and a hotel pool were enough to keep us occupied, but other fun options nearby include:

10 Best Donut Shops and Where to Get the Best Paczki

Local Volunteer Opportunities to Spread Hope Together in 2020

Be the first to comment on "Review: LEGOLAND Discovery Center Chicago (LEGOLAND Schaumburg)"