Thanks so much for voting for your favorite playgrounds! Everyone came up with an amazing list of the best parks and playgrounds- there are maybe even some on this list that you haven’t visited before. Here’s an idea: Do a playground tour of the playgrounds on this list! You’re kids will have a blast.

Harvester Park made the top of the list again! There have been updates to this popular spot recently, so be sure to check it out again if you haven’t already. A small splash pad along with a treehouse, playground equipment and creative sand area in the front of the park are perfect for younger children. After crossing the bridge (or walking under it) you will find equipment for older children to play, along with a zip line. There are also close bathrooms and covered picnic area to sit while your little ones play.

There are three playgrounds on the Oak Brook Park District grounds (Central Park)! The surface of the playground at Central Park West is astroturf that bounces back when you walk on it. There’s a pond with fish and a little waterfall too! The new Sandlot playground, built last year, is a universal playground with wide ramps, modified swings, music stations, and all kinds of climbing equipment and slides. Fun for everyone! Click here to read more about the Sandlot universal playground. There is also a huge playground by Splash Island and the main park district building. Doing a walking playground tour of these three is so much fun that we wrote about it two summers ago. Click here to read about doing a walking tour of the Oak Brook Park District Playgrounds.

The Sensory Garden Playground is a horse stable-themed 2-to-5-year-old playground, sound and fragrance gardens, and central gathering area tucked in the Forest Preserve District of DuPage County’s Danada South Area located just northeast of Naperville and Navistar roads. It is also referred to as the DuPage Sensory Playground. They will be having a series to Play Days the third Saturday of every month starting this May… and Kidlist will be greeting everyone and passing out snacks at the July 20 Play Day, so hang out with us there!

Northside Park is amidst a beautiful setting with Lincoln Marsh Waterway coming through the park. You can walk over the bridge, go fishing or sit out and enjoy the wildlife. The play equipment for younger children was a huge hit when we were there. The playground is large and includes a zip line and fun tire swing. There is also a huge sledding hill that is fun to roll down on a warm day.

Darien Community Park, located along Plainfield Road and near Indian Prairie Library, was just finished last summer. It features a soft, rubbery surface. It is completely fenced in with an area with climbing equipment and another section with interactive play houses and music. There is also a large sand area that children can enjoy as well as places children and parents alike can sit and have snacks. Click here to read our full park profile for Darien Community Park with additional photographs.

Ty Warner Park is very popular because of the splash pad and huge sand area combination. A sheltered area in the middle keeps you cool in the shade. There are also beautiful paths to walk along and a concession stand.

This inclusive playground has such a variety of equipment! It’s rare to see all age groups fully enjoying the space at the same time, but this one does it successfully. The playground in large enough that each age group has their own area. There is plenty to explore with colorful playground equipment, music area, toddler, area, and more.

Please note that the school said it is preferred that the community not use the playground during school hours because various grades have recess throughout the day, but their school day ends at 2:55pm and will not be in session over the summer.

Spring Rock Park was completely redone last year to include two zip lines, rock structures to climb, pyramid with webbing, slides, toddler area, and climbing tower. The park also spans over a large area of land with paved paths throughout, which makes it not feel crowded even when many are there to play. There is also a secondary playground area between the baseball fields and roller hockey rink.

Centennial Park is along Lake Sedgewick, which has kayak and paddle boat rentals. There is a dog park and water park near the playground as well. The Kevin Hertz Handicapped Accessible Playground and permanent concession and restroom facilities opened in July, 1992 and features two different playgrounds for ages 2-12 on artificial turf. Separate from the play sets, there is a swing section with a swing for children with special needs. The nearby shaded pavillion has picnic tables, a water fountain, and bathrooms. During summer evening hours, there is concessions available.

McCollum Park has two large playgrounds- one designed for toddlers, the other for elementary school-aged kids. This park is the flagship park of Downers Grove Park District and at 50 acres, it has been the largest recreational park for over 30 years. There is also an 18-hole miniature golf course next to the playground called Miner Mike’s Adventure Golf. Click here to read more about McCollum Park and see additional photographs.

Dance Classes for Kids in the West Suburbs

4 Comments on "10 Best Parks and Playgrounds" 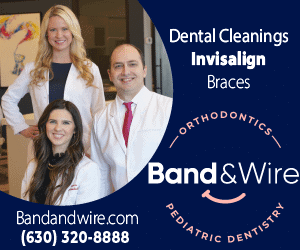 You'll also want to check out the "Next Week" sect

Randall Oaks Zoo is the perfect spot for animal lo

Did you hear what’s going on at Spring Rock Park

The May events list is out and it's bursting with

It’s a beautiful day for tulips! We added more i