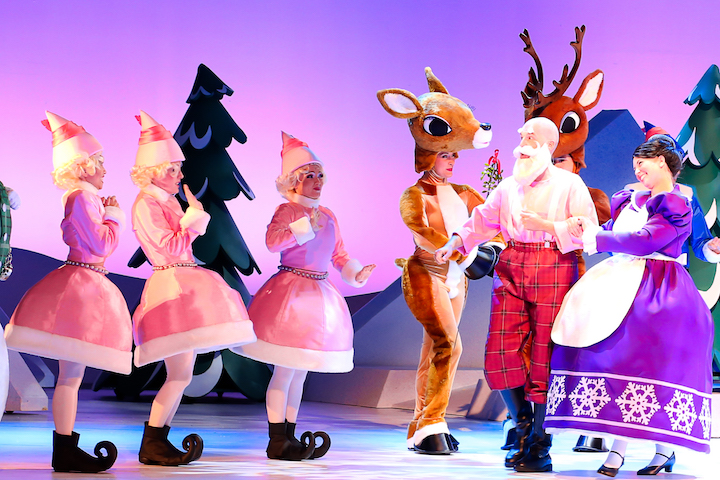 In 1964, the beloved stop-motion animated television classic, “Rudolph the Red-Nosed Reindeer,” made its network television debut delighting audiences across the country. This holiday season, the “most famous reindeer of all” from the longest-running and highest-rated television special will appear live on stage in “Rudolph the Red-Nosed Reindeer: The Musical” at the Rosemont Theatre for four performances December 18 -19, 2015. 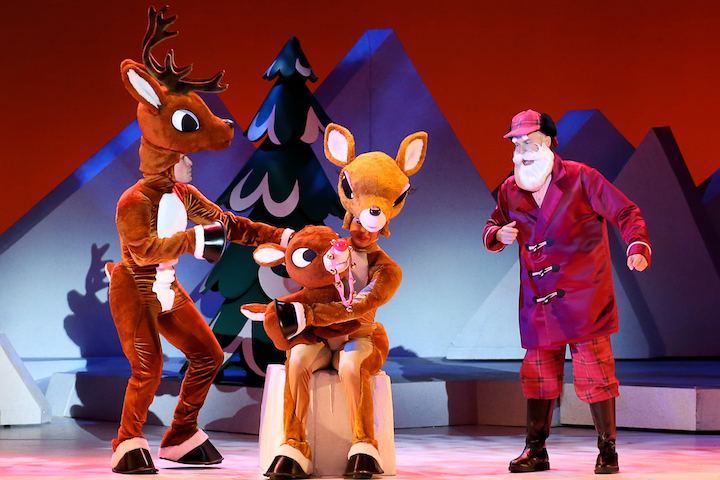 “Rudolph the Red-Nosed Reindeer: The Musical” practically transports audience members into the television special with all of the beloved original songs and a recreation of the original set and costume design for the stage. The cast brings new energy to the classic story and dialogue, while irresistible and lovable puppets help showcase the original charm of the television show’s stop-motion effects.

“We address all of the familiar story elements from the television special with a talented cast and puppeteers who help recreate the magic on stage,” says Producing Partner Bob Penola.

The story tells the tale of a young Rudolph who, because of the appearance of his bright, shining nose, is ousted from the reindeer games in Christmas-town. He flees town, meets up with new friends Hermey and Yukon, and a series of funny and endearing adventures ensue including a visit to The Island of Misfit Toys. Rudolph journeys home, where a snowstorm of epic proportions is threatening Christmas.

And Kidlist has a discount on tickets through Goldstar! Click here: Discounted Tickets for Rudolph the Red-Nosed Reindeer: The Musical

This post brought to you by Rudolph the Red-Nosed Reindeer™: The Musical and Rosemont Theatre.

Be the first to comment on "Rudolph the Red-Nosed Reindeer™: The Musical"