My family and I were given the opportunity to go to see The Emperor’s New Clothes at the Marriott Theatre in Lincolnshire. We had with us my 5-year-old daughter and 2-year-old son, both of whom have never been to see live theater. While we weren’t entirely sure how this adventure would go, we were pleasantly surprised! 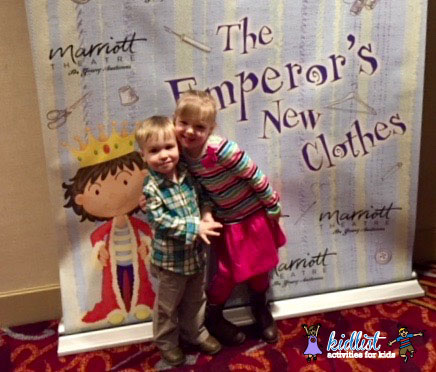 Review: The Emperor’s New Clothes at Marriott Theater in Lincolnshire

The show loosely follows the classic story The Emperor’s New Clothes by Hans Christian Andersen. We have this book at home, and in the days leading up to the show, we made certain to read it several times. I definitely think this helped our children enjoy it.

This production is from the creators of Seussical, so we knew it would be fun and entertaining! The show features five main characters including Emperor Marcus III, a young 14-year-old about to be crowned Emperor of his land. Marcus deals with an internal battle of how to become a good emperor like those who have come before him. He accepts the offer from a swindler who promises her “magic” clothes would make him the wisest in the land. 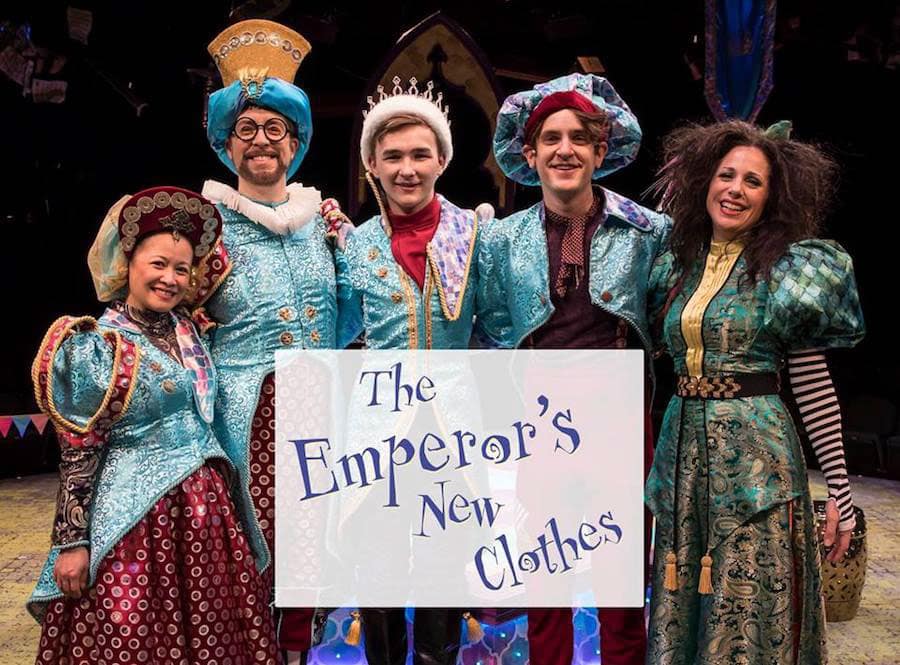 In addition to this plot, there is a side story about Marcus becoming friends with Arno, the palace scrub boy. The friendship is tossed aside as the two come from very different classes. Without giving away the ending, all ends well, with the valuable lessons for children that they can be whomever they wish, and be friends with whomever they like.

The show is a musical and the theater is “in the round.” All of the music, singing, and people coming and going from all aspects of the theater kept our kids’ interests. Throughout the show, the audience was treated like “the people of the kingdom” so there was frequent waving and gesturing to the audience, which definitely kept my kids involved.

How long is The Emperor’s New Clothes?

The running time of the show was about an hour. This was perfect timing for our kids. All performances have a Q & A session afterward. It is optional to stay, but during ours, we were introduced to all of the cast and crew, and the actors fielded a few questions from the audience, which took about 15-20 minutes.

There is ample free parking, elevator access to the theater upstairs, and restrooms accessible with a changing table.

The Marriott Theatre is one of the few theaters in the Chicagoland area with a hearing loop installed. My husband has been a hearing aid wearer since birth. This loop system allows anyone with hearing aids to switch to their “T-coil” program and hear the production directly through their hearing aids without additional equipment. My husband said it worked perfectly. We thanked the house manager afterward for having such wonderful a system available. This is definitely an added bonus if you choose to see this show with anyone who is a hearing aid wearer. 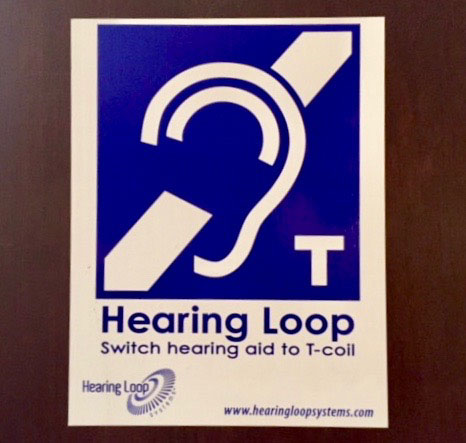 If you are looking for live theater for your children to experience, I would highly recommend The Emperor’s New Clothes. It was definitely a fun outing for us and you will not be disappointed in the retelling of this classic tale. This production opened our eyes to the wonderful world of children’s theater. We hope to attend more shows at the Marriott Theatre in the future! 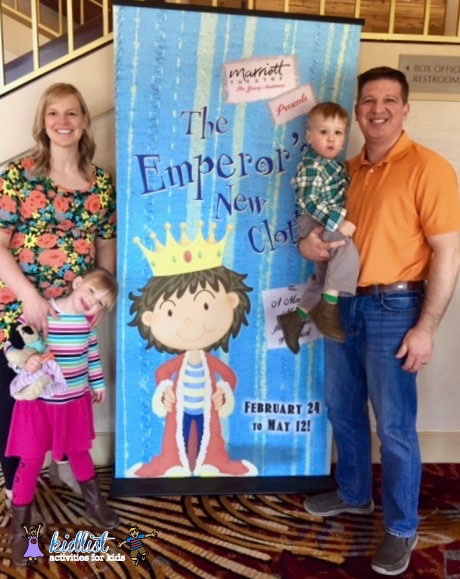 Recommended for kids and parents of all ages.
Performances run Tuesday – Saturday at 10:00 am. On select days, there is an additional performance at 12:30 pm. Tickets are $18.23 (including taxes and fees), and all patrons, regardless of age, must have a ticket. Purchase tickets here.

For more chances to catch a show, see our live theater for kids guide for spring–summer 2018.

Kristen is a Burbank native who settled with her family in New Lenox in 2016. Kristen and her husband have three amazing children – two daughters, ages seven years and 20 months, and a four year-old son. She also has a furry shih-tzu baby, who is 11 years old. The kids are active and energetic, but Kristen enjoys providing a mix of structured play/activities and downtime at home. She is passionate about keeping her family healthy and happy. During the winter, Kristen likes to go sledding and skating – as well as experiencing indoor play spaces. During the summer, she loves getting outside with her family – playgrounds, festivals, fairs, picnicking, bike riding, and trips to the zoo. Her kids love helping in the kitchen, and Kristen enjoys cooking and baking with them!

The Velveteen Rabbit: Performance for All Ages

Pinkalicious the Musical at the Marriott Theatre in Lincolnshire

Local Volunteer Opportunities to Spread Hope Together in 2020

Be the first to comment on "Review: The Emperor’s New Clothes"