Kidlist welcomes back Dr. Eric Jackson from Oral Health Care Professionals in Downers Grove to talk about sleep apnea in adults and children. He discusses the types of sleep apnea, symptoms, and treatments for all age groups. I found this very helpful and informative and think you will too!

To most of the public, sleep apnea is marginally well known and poorly understood. The word “apnea” means “without breath,” which reveals an obvious problem for the well being of any individual.

There are three types of sleep apnea: obstructive, central, and mixed. 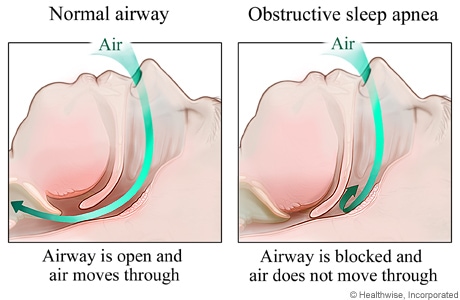 If left untreated, each of these conditions will affect a person’s ability to peacefully sleep through the night. Due to their apnea condition, their sleep will be interrupted as many as several hundred times because they will stop breathing for as long as a minute or more. In each case, the brain arouses the sleeper to wake up just enough to resume breathing.

According to the American Academy of Dental Sleep Medicine, over 12 million Americans have currently have OSA. This number is around the same level of people with asthma (10 million) and diabetes (16 million). Men are twice as likely to have signs and symptoms as women. OSA is a progressive disease as it progressively worsens with age and with increasing weight. Yale University of Medicine published a study in the November 2005 New England Journal of Medicine stating that any form of sleep apnea doubles or possibly triples a person’s risk of stroke or death. Most significantly, it has been estimated that sleep apnea may decrease a person’s life expectancy by 10 or more years. 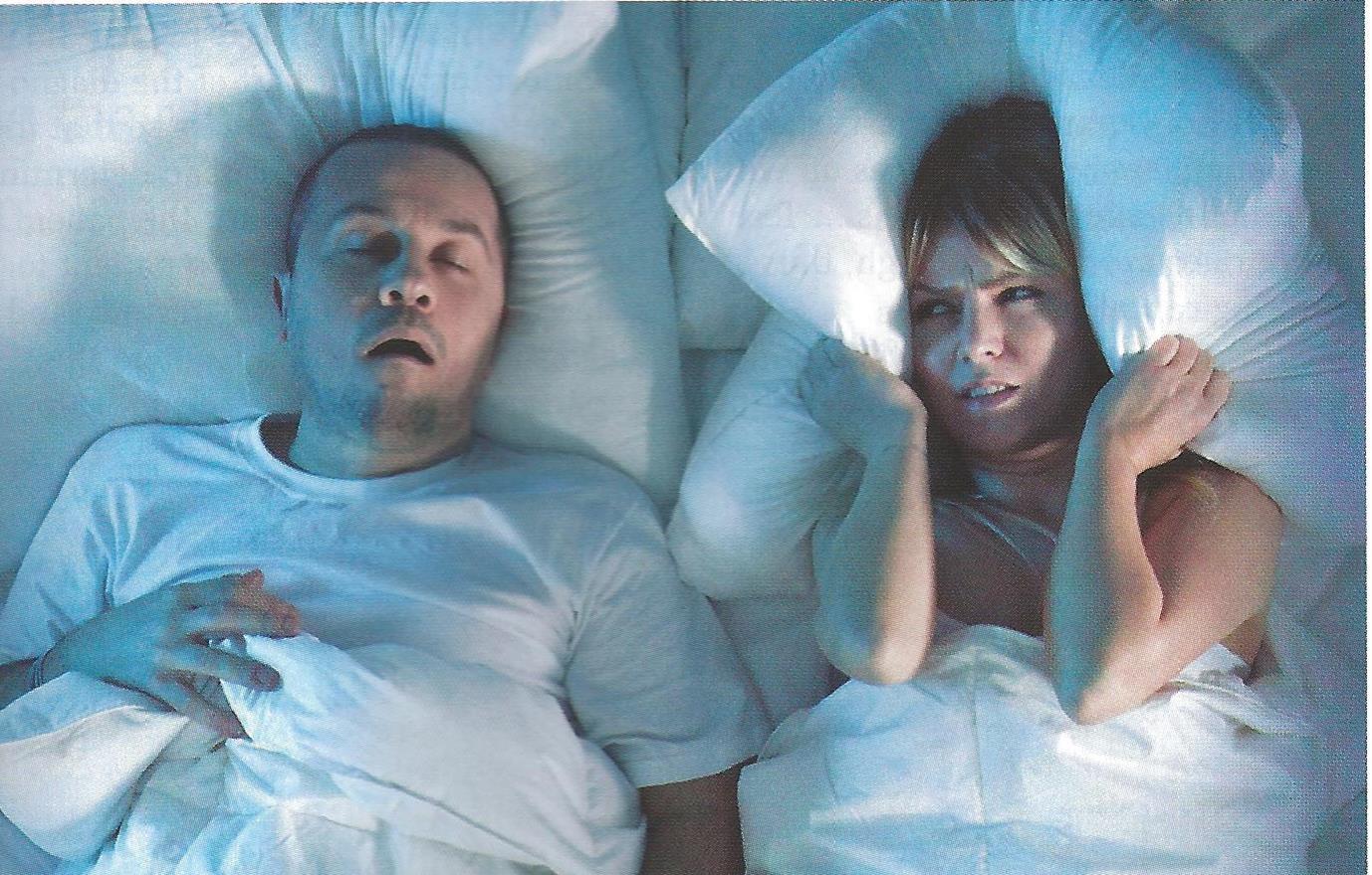 It is important to note that snoring is not the same as sleep apnea. While the symptom of snoring typically occurs in most sleep apnea patients, the reverse is not true. Other possible symptoms of sleep apnea are excessive sleepiness, irritability, impotency, job impairment, cardiovascular disease, high blood pressure, depression, impaired concentration, morning headaches, xerostomia (dry mouth). In addition to these symptoms, there is an increases probability of being involved in a car accident due to resulting fatigue and decreased reaction time. These symptoms are fairly broad however, and often go ignored or unnoticed by the patient. Without fail the primary push to seek diagnosis and treatment for apnea symptoms is the urging of a sleep partner/spouse. It can be very difficult for the person sleeping next to someone with OSA due to the volume and regular spastic gasps for air/choking that occur nightly.

Children are susceptible to sleep apnea as well! Pediatric obstructive sleep apnea is even less well known and less diagnosed than its adult counterpart and has become one of my primary lecture topics and passions. Nearly 1 in 5 children exhibit some sort of sleep disordered breathing ranging from mild snoring to obstructive sleep apnea. Like adults, these children are simply so tired from a lack of quality sleep that their personalities, behaviors, and schoolwork are affected. Acting out, difficulty to concentrate/learn, bed wetting, stunted growth, memory problems, and poor grades are just a few of the potential side-effects of pediatric sleep apnea. These children are routinely being misdiagnosed with learning disabilities (LD), behavioral disorders (BD), and Attention Deficit Disorder (ADD)/Attention Deficit Hyperactivity Disorder (ADHD). They are being treated with medication and their lives are being altered due to a condition they potentially don’t have.

If you only take away one thing from this article (hopefully not!), here it is: no child should ever snore. This golden rule is what I try to impress upon all parents. Pediatric sleep apnea patients often exhibit two additional classic presentations: grinding/bruxism of their teeth while sleeping and oversized tonsils/adenoids. Along with snoring, parents can easily identify the nighttime grinding/bruxism without the help of a medical professional. If just one of these symptoms exists, I recommend investigating further with both the child’s dentist and pediatrician.

For adults, the gold standard treatment for OSA remains weight loss and a continuous positive airway pressure machine (CPAP). This device is a mask/tube/tank system worn at night and actively forces air down the patients’ airway to keep it from collapsing. It works very well and is worn my millions of patients, but is often described as bulky, cumbersome, and uncomfortable. For those OSA patients that cannot tolerate the CPAP, a mandibular advancement oral appliance can be fabricated by your dentist in addition to the recommended weight loss. While there are multiple types of these devices, they each essentially reposition and hold your lower jaw forward from its natural resting position thereby keeping the airway from collapsing. Like the CPAP, these devices are not without some tradeoff. Potential changes to your bite/TMJ and bulkiness are two such possible tradeoffs. A third option available to is surgical correction, however it is typically my least recommended option.

For pediatric patients, initial treatment involves noninvasive methods such as improving sleep hygiene/patterns, increasing sleep hours, and weight loss. If ineffective, tonsillectomy is the next option typically discussed with an ENT. Decades ago tonsillectomies were commonplace for many children and often completed to address chronic sore throats, infections, etc. It is likely that many of these children had OSA as well and inadvertently received the proper treatment for that disease. These days the pendulum has swung the opposite way, and tonsillectomies are performed far less often… hence the increase in pediatric OSA! Along with adenoidectomies, tonsillectomies free the airway of obstruction and provide a clear path of breathing for the growing child. We at Oral Health Care Professionals have excellent working relationships with several talented ENTs in the area who routinely complete surgical procedures to address pediatric OSA. 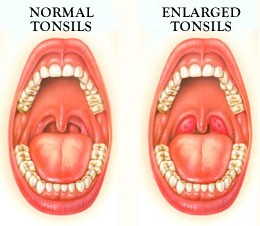 I have personally witnessed dramatic improvement in the quality of life for both pediatric patients and their parents. Nearly 20 years ago, one of my colleague’s sons suffered from pediatric OSA and exhibited many of the negative behavioral and educational side-effects mentioned earlier. He pushed for the tonsillectomy & adenoidectomy as treatment, with resistance from many individuals who were pushing for a diagnosis of LD/ADD. He was successful and once the surgery was completed, the boy exhibited dramatic changes. Consistent bad behavior became normal childhood behavior and poor grades completely reversed. His son graduated high school at the top of his class and is currently a successful young adult. Obviously this story is an example of the dramatic importance of curing pediatric OSA, and not an example of guaranteed results. It does show that proper diagnosis and a simple surgery (that few if any children remember if completed young enough) to treat a condition can have a profound impact on the child’s future.

This article provides only a limited glimpse into the topics of adult and pediatric sleep apnea. If you would like to speak about this topic, or any other, please feel free to call the office and schedule a complimentary appointment with me. Email and Twitter are also available options. I am extremely passionate about modern dentistry and love discussing it with patients, so don’t hesitate to contact me.

Celebrate Mom at These 2019 Mother’s Day Brunches and Events

Kids Find Balance at These Local Yoga Classes for Kids

Stroll Through These 2020 Winter and Holiday Walks