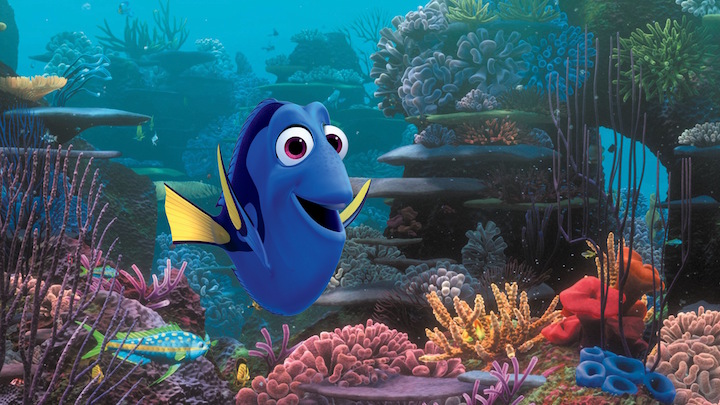 Finding Dory takes you on a journey starting when Dory was itty bitty, shows when she meets Nemo and Marlin, and then flashes to a year later when her own personal adventure begins. The way the dialogue was delivered throughout the movie made everyone laugh, the quality of the film and imagery was beautiful, and the story was emotional. We really felt for the characters… crying during sad moments and rejoicing during happy ones. We highly recommend you see this movie. It was easily one of the best movies I’ve seen in a long time. I loved it even more than any adult movie I’ve seen recently!

This trailer gives you an idea without ruining the entire movie. I wouldn’t watch any of the others because they end up showing almost the whole plot.

Here’s a breakdown of aspects of Finding Dory that you might be interested in getting a heads up on as a parent. I have tried not to ruin the movie for you by giving too many details, but if you don’t want any spoilers whatsoever, you might want to skip this part. You can scroll to the bottom for Finding Dory activities for your kids, including a maze, coloring pages, and connect the dots sheets. 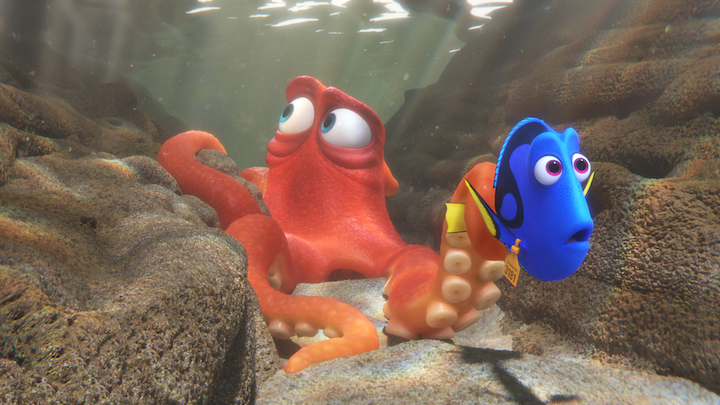 FINDING DORY – When Dory finds herself in the Marine Life Institute, a rehabilitation center and aquarium, Hank—a cantankerous octopus—is the first to greet her. Featuring Ed O’Neill as the voice of Hank and Ellen DeGeneres as the voice of Dory, “Finding Dory” opens on June 17, 2016. ©2016 Disney•Pixar. All Rights Reserved.

I was expecting Finding Dory to be at least equally scary as Finding Nemo. It just seems like they would try to outdo themselves for the shock factor with the second one, right? But not so! I thought the shark scene in Finding Nemo was pretty terrifying for kids, but didn’t find the “scary” scenes to be to that level in this film.

The characters encounter an electric squid that chases them. It has one eye and a sharp tooth. It was a short scene, took place in the depths of the ocean, and the scene wasn’t too startling or over-dramatized in our opinion.

The fish end up in a touch pool and Hank, the octopus (well, the septopus), is scared of kids touching him because of a bad experience he had losing a tentacle in the past. Many kids’ hands had to be dodged as they plunged them into the water trying to touch the star fish, coral, and other marine life. It was tense, but not scary to the level of a shark with huge teeth. If you have been to a touch pool with your kids, or plan to in the future, it’s a great opportunity to remind them to follow the rules of using two fingers to touch the animals instead of grabbing.

The reason it seems the movie was rated PG instead of G was because of the emotional content, not imagery. So while the movie wasn’t visually scary, it was heartbreaking and sad in some parts. Without ruining the movie for you, the premise is that Dory is trying to find her parents and she is led to believe that they died in a portion of the movie. My immediate thought was, how could they do this?! Tears were streaming down my face. But just know that the situation is redeemed and you will be overjoyed. Some of the flashbacks throughout the movie are emotionally charged as well, but those didn’t seem to affect my kids as much as me!

READ
No Free Ice Cream in Burr Ridge This Year. Here's What to Do Instead.

Word of caution: If your child is fearful of being lost, you might want to watch this movie before watching it with your child. I think the overall messages of the movie are great, but since the main topic of the adventure is finding parents, being lost, and trying to find the way back, you should be prepared to talk about that subject with your kids if they are bothered by it. 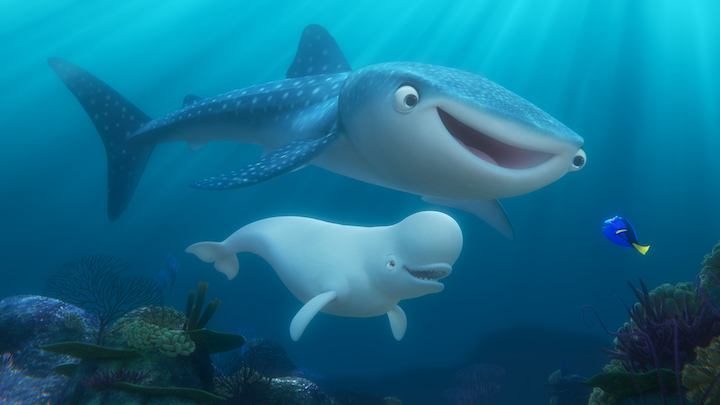 “Finding Dory” introduces new characters to the big screen, including a whale shark named Destiny who’s nearsighted, and a beluga whale named Bailey who thinks his biological sonar skills are on the fritz. Featuring Kaitlin Olson as the voice of Destiny and Ty Burrell as the voice of Bailey, “Finding Dory” opens on June 17, 2016. ©2016 Disney•Pixar. All Rights Reserved.

I didn’t hear one bad word in the entire film. If there was one, it must have been really underplayed because I missed it. Not even words like “shut up” that I cringe at. How wonderful that they could tell an amazing and entertaining story without resorting to using inappropriate language!

Finding Dory’s Hank the “septopus” has been secretly hiding in every single Disney•Pixar film, since 1995. From Toy Story all the way through to The Good Dinosaur, Hank has been camouflaged in at least one scene in each film. This short video by the filmmakers let you in on their secret and show you some of the hidden locations of Hank.

READ
No Free Ice Cream in Burr Ridge This Year. Here's What to Do Instead.

Before the Movie: Piper Animated Short 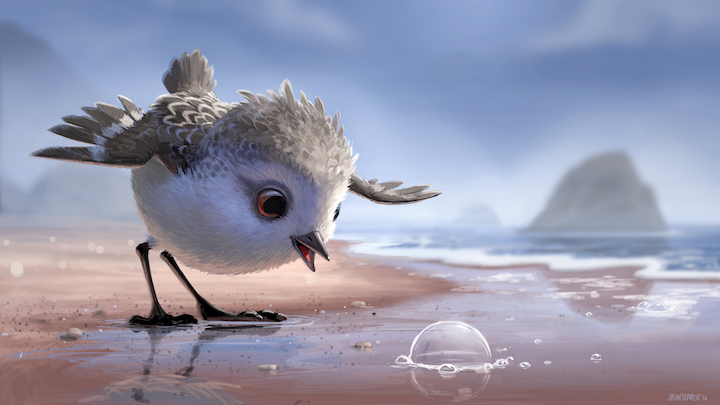 Not only did we absolutely love Finding Dory, we had the pleasure of seeing an endearing animated short called Piper before the movie began. It tells the story of a little bird learning from her mom, overcoming fear, and finding success. It manages to be funny, touching, and adorable all in a short time without words. Don’t miss the beginning of the film! You’ll enjoy it.

Disney•Pixar’s “Finding Dory” welcomes back to the big screen everyone’s favorite forgetful blue tang Dory (voice of Ellen DeGeneres), who’s living happily in the reef with Marlin (voice of Albert Brooks) and Nemo (voice of Hayden Rolence). When Dory suddenly remembers that she has a family out there who may be looking for her, the trio takes off on a life-changing adventure across the ocean to California’s prestigious Marine Life Institute, a rehabilitation center and aquarium. In an effort to find her mom (voice of Diane Keaton) and dad (voice of Eugene Levy), Dory enlists the help of three of the MLI’s most intriguing residents: Hank (voice of Ed O’Neill), a cantankerous octopus who frequently gives employees the slip; Bailey (voice of Ty Burrell), a beluga whale who is convinced his biological sonar skills are on the fritz; and Destiny (voice of Kaitlin Olson), a nearsighted whale shark. Deftly navigating the complex inner workings of the MLI, Dory and her friends discover the magic within their flaws, friendships and family. 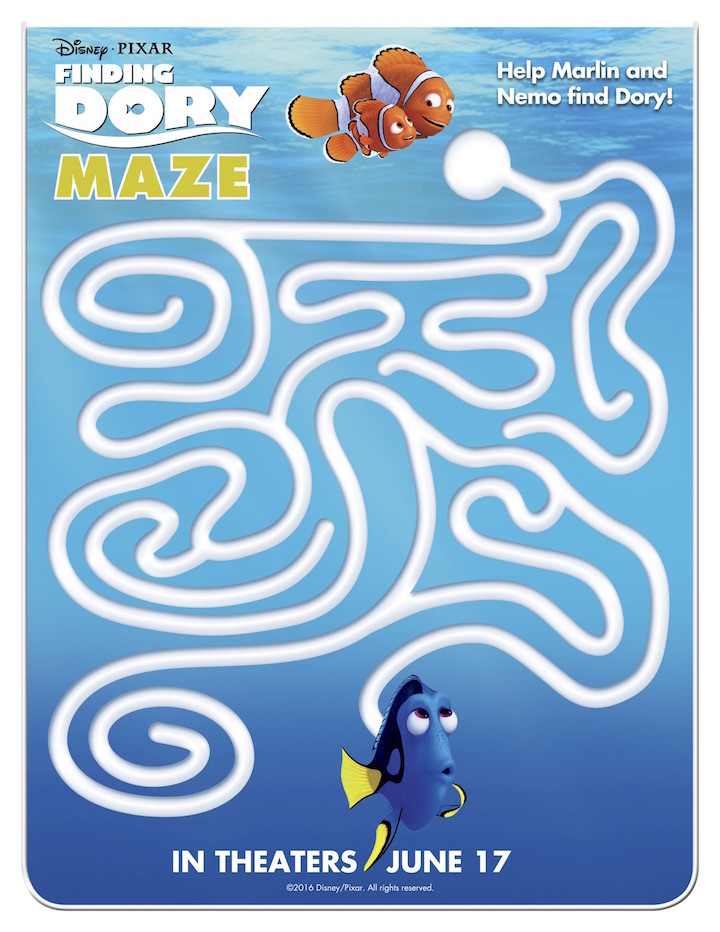 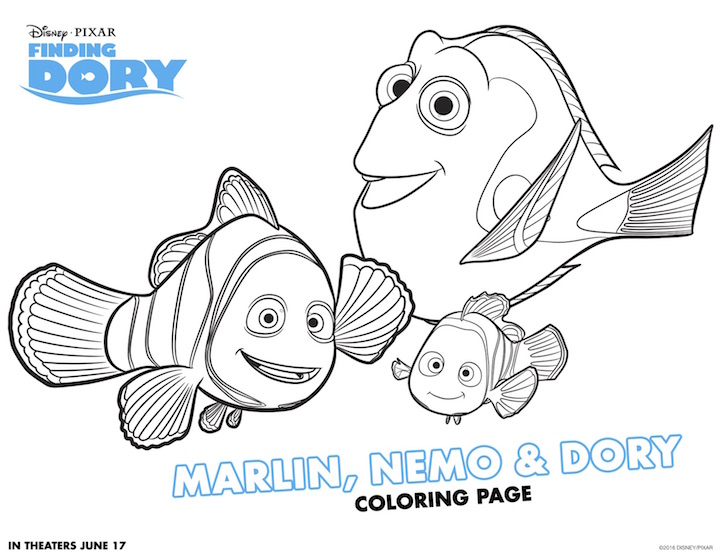 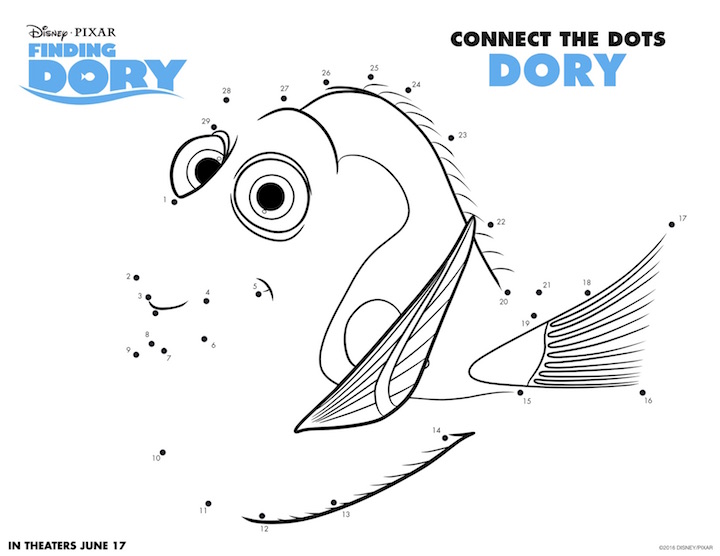 Be the first to comment on "Finding Dory: Movie Review for Parents"