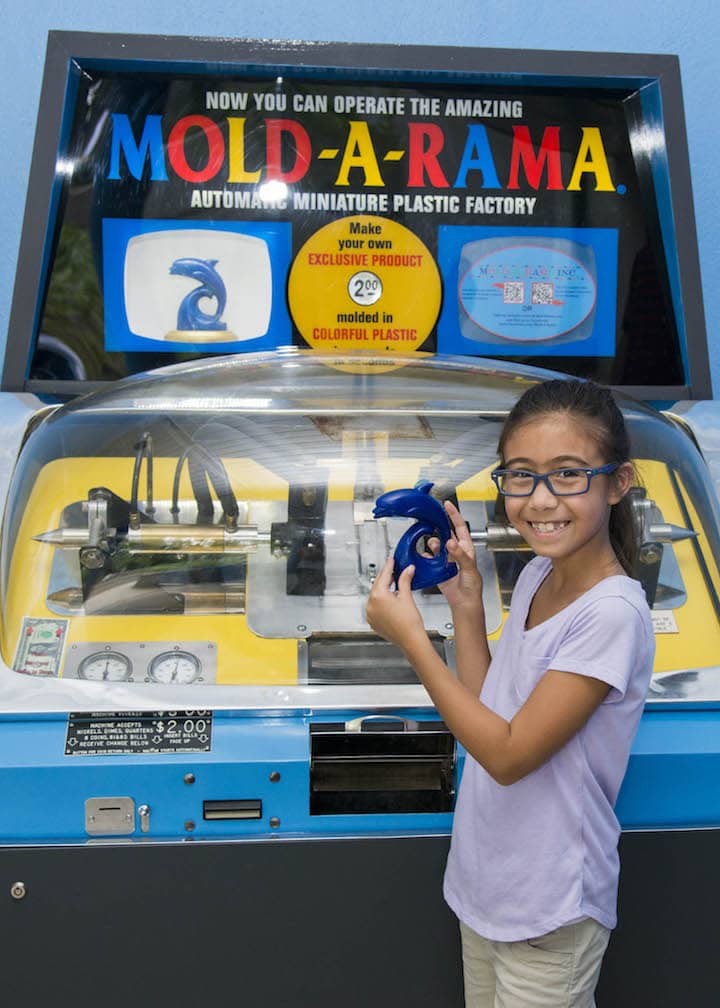 Those who have visited Brookfield Zoo over the past 50 years are probably familiar with the incomparable smell of melting plastic and the warm, slightly squishy feeling of a statuette cooling in eager hands after it has been created in one of the iconic Mold-A-Rama® machines. This year marks the 50th year the machines have been at Brookfield Zoo, and the milestone anniversary is being celebrated with the availability of limited-edition figures. In addition to a special 50th anniversary bison (located at the Memory Lane Tent), Mold-A-Rama® Inc. is offering the following statuettes only for a short time throughout the summer:

Zoo guests have enjoyed millions of collectible plastic figures since the first Mold-A-Rama® machine first made its appearance at Brookfield Zoo in 1966. Currently throughout the year, the 13 machines located around park offer a variety of fun, collectible animal and seasonal figures, including a dolphin, giraffe, and polar bear. Each mold costs $2.

To also commemorate the anniversary, staff from Mold-A-Rama® Inc. will be at Brookfield Zoo’s Memory Lane Tent on Saturday, July 16, from 4:00 to 6:00 p.m. to meet guests and to answer any questions about the nostalgic machines. There is also a Mold-a-Rama® Hall of Fame display featuring figures from past years.

In addition, for a limited time only, Mold-A-Rama® Inc. apparel is being sold in the Memory Lane Tent. Items include hats and t-shirts that are available in a variety of colors and sizes.

The souvenir plastic figures were first invented by Tike Miller, who in the late 1950s sold the rights to his idea of a souvenir-making machine to Automatic Retailers of America Inc. He worked with ARA for several years in the development of such a vending machine. This resulted in a new division of ARA, and the term Mold-A-Rama® was sprung on the American consumer.